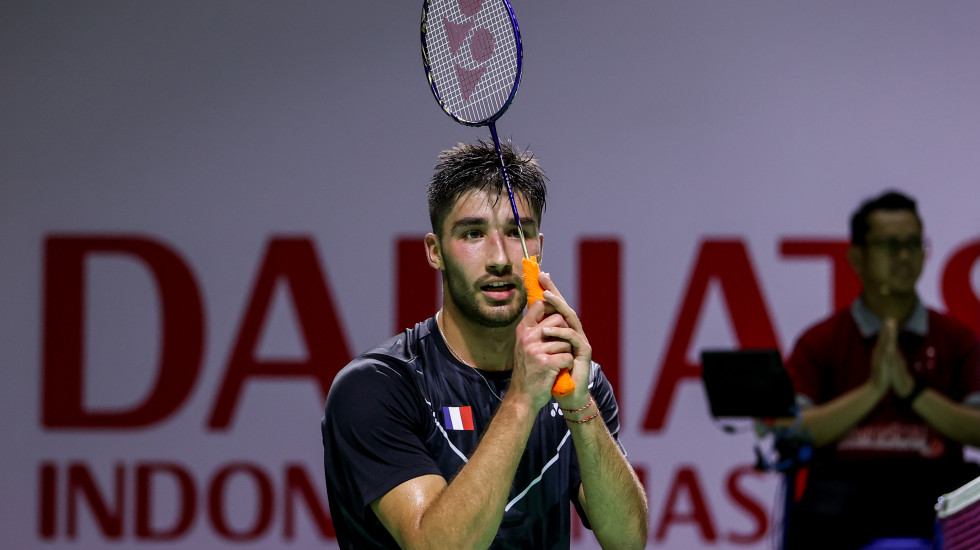 Indonesia Masters: How Popov Battled ‘Demons and Shadows’ in Opener

Toma Junior Popov got his DAIHATSU Indonesia Masters 2021 campaign off to a great start with his first win over Heo Kwanghee yesterday.

Motivating himself on court, Popov battled his own troubles in the process. The world No.35 took to the court at Bali International Convention Centre against his more experienced rival feeling he wasn’t strong enough to succeed.

“I had to keep pushing with my legs and that created the big gap between the demons and shadows in my imagination,” he revealed post-match.

“I knew I wasn’t the favourite, Heo is ranked higher. I was the underdog but I told myself if I played at one hundred per cent and tried my best, I could win. This victory means a lot.”

After losing their first encounter at the TotalEnergies BWF Thomas & Uber Cup Finals 2020 in Vantaa, Finland last month, it was vengeance gained for Popov on the opening day.

The Frenchman had been researching his opponent, having monitored the world No.28’s progress at the YONEX French Open 2021 where the Korean disposed Wang Tzu Wei and Lakshya Sen in straight games to secure a meeting with Chou Tien Chen in the semifinals.

“Heo beat me at the Thomas Cup in three games, I was the loser. So I needed to pick myself up and believe in myself. I wasn’t confident before the match because this is my first time playing in Indonesia. I was nervous,” revealed the Spain Masters champion.

Though “sad” to be out, Heo reserved Popov some praise.

“Popov is young and has fresh energy. He can go far, absolutely. He has big potential,” he said.

Having overcome a mental barrier in Indonesia, Popov, who lost his opening men’s doubles match to Mohammad Ahsan/Hendra Setiawan alongside brother Christo Popov today, gets to continue his journey in men’s singles.

Gemke ousted Popov in the French Open first round just last month but the European junior champion is surely now more equipped to slay another demon.