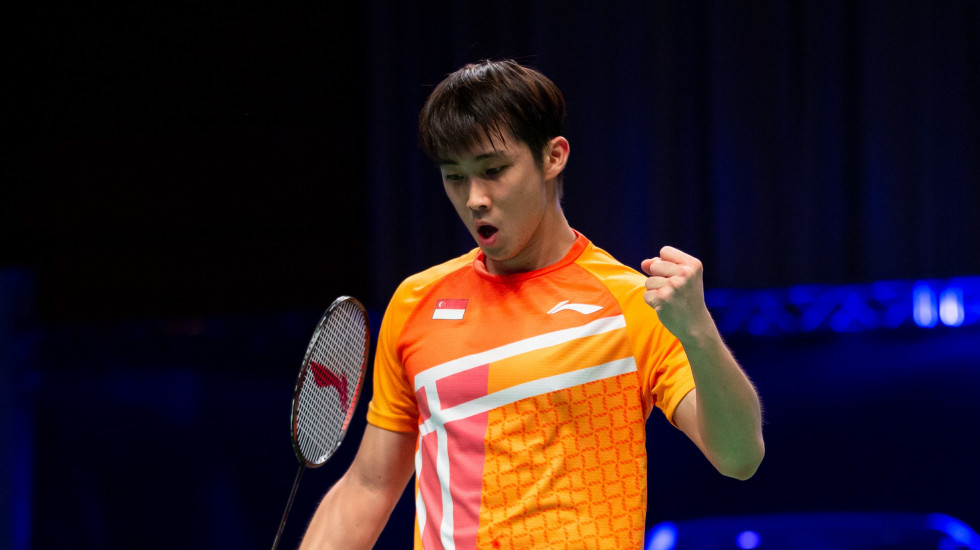 Loh Kean Yew became the first Singaporean to win an HSBC BWF World Tour Super 500 or equivalent Superseries title in over ten years as he beat second seed Lee Zii Jia in the final of the HYLO Open 2021 on Sunday.

The last Singaporeans to achieve the feat were women’s doubles pair Yao Lei/Shinta Mulia Sari at the Singapore Open 2010. Loh became the first male player to win a title of this level in the Superseries/World Tour era.

Lee edged Loh 21-19 in a closely contested opening game, but after 13-all in the second, the Singaporean ran up an unbroken sequence of eight points to take the match to a decider. The third game was close until midway, and after Loh had broken away for a 17-12 lead, Lee retired with injury. Lee had received treatment for what appeared to be a strained back.

“Very pleased to win my first BWF World Tour Super 500!  My commiserations to Lee Zii Jia and I wish him a speedy recovery,” said Loh in a post on his social media accounts.

“Today’s victory is not a solo effort for sure, this title belongs to everyone who has supported me in my career so far — thank you very much. My heartiest congratulations to my  teammate Yeo Jia Min for an impressive outing in her first Super 500 tournament too! Lastly, many thanks to the Hylo Open organisers and volunteers for the memorable experience in Saarbrucken, Germany.”

Earlier, Singapore’s hopes of winning both singles titles were dashed after Yeo Jia Min fell in 35 minutes to Busanan Ongbamrungphan 21-10 21-14. This was the Thai’s first Super 500 title.

“It’s been a very long trip in Europe starting with the Sudirman Cup, and my body is a bit tired, but my mind could still keep its focus on this,” said Ongbamrungphan to Badminton Europe. “To be here in the final as a Thai player and to get the gold medal, I’m very happy. This means a lot to me, winning a Super 500 title, I’m very happy about that.”

Chisato Hoshi/Aoi Matsuda also achieved a career high with their first Super 500 title when they held off Rin Iwanaga/Kie Nakanishi in an all-Japanese women’s doubles final.

Iwanaga/Nakanishi had their chances to take the opening game when they led 20-16, but Hoshi and Matsuda saved the four game points to take the lead. The pattern repeated in the second game with Hoshi/Matsuda overtaking their opponents from a 12-17 deficit to win the match 22-20 21-18.

In men’s doubles, Marcus Fernaldi Gideon/Kevin Sanjaya Sukamuljo returned to winning ways, claiming their first title since the Indonesia Masters in January 2020. The Minions were pushed hard by their young compatriots Leo Rolly Carnando/Daniel Marthin in the second game before prevailing 21-14 21-19.