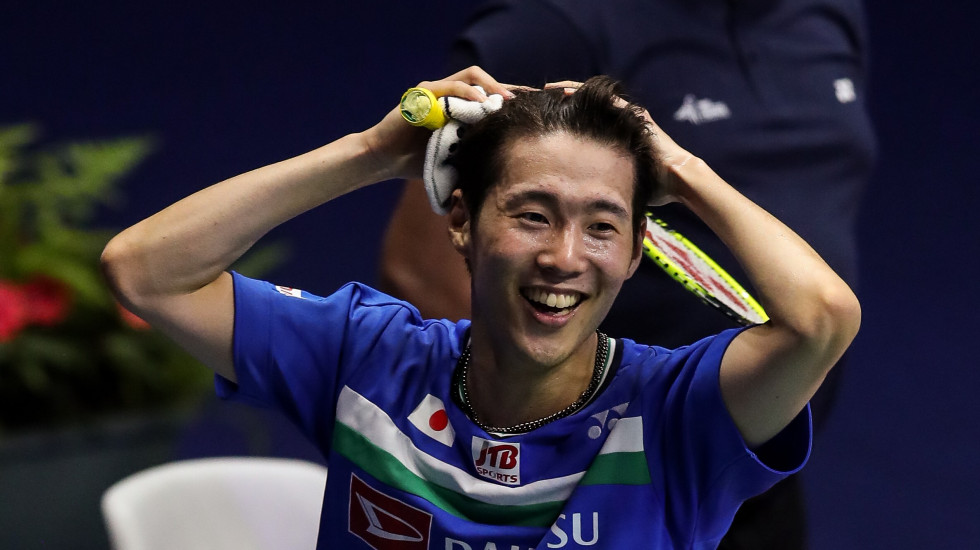 Tsuneyama displayed little emotion through the 73-minute contest, only breaking into celebration after he’d won a long rally in the third game that helped him gain an edge over Chou. The Japanese was unruffled throughout, in contrast to Chou, who drove himself on with clenched fists and visceral yells. The 2014 champion fell away from midway in the third, 15-21 21-8 21-17.

“When I won, I was honestly surprised. But now that I feel calmer, I’m just happy. I never expected to have gone this far but as I continued to win my matches, I could see that I have a chance. I don’t want to stop here, I want to do well in Bali. I would like to dedicate this win to my fans in Japan, as I was not able to fulfil their expectations at the Tokyo Olympics despite their support,” said Tsuneyama, whose previous best was a Super 500 win at the TOYOTA Thailand Open 2018.

Akane Yamaguchi’s European campaign finished on a high as she followed up her Denmark Open victory with a title win in France. This was Yamaguchi’s second French Open title after 2018.

After a well-fought opening game, Yamaguchi had a relatively straightforward win over compatriot Sayaka Takahashi, who said she’d woken up on the morning of the final feeling sick.

“The challenge this time compared to 2018 was a little different as it was a matter of endurance. It has been competition after competition and I had to maintain both my mental and physical strength. I think I have grown and matured a lot after going through this experience,” said Yamaguchi.

Watanabe/Higashino repeated Yamaguchi’s feat, wrapping up the event on a winning note for Japan by holding off Denmark’s Mathias Christiansen/Alexandra Boje 21-8 21-17. The pair became the first Japanese to win the category at the French Open.

“It’s our first time winning back-to-back titles, so we are very happy and grateful for each other,” said Higashino.