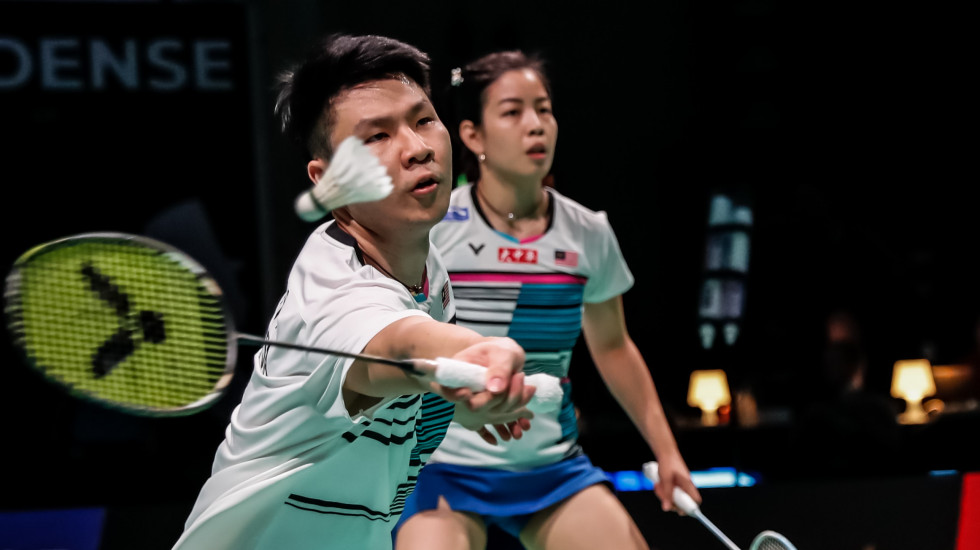 For Goh Soon Huat and Lai Shevon Jemie, making the quarterfinals of the YONEX French Open 2021 beating Rodion Alimov and Alina Davletova was an important affirmation of the path they’re on as newly independent players.

“This win today means a lot because we haven’t been performing as well as we expected after the Asian Leg in January. A lot of things went up and down. Finding funding and making arrangements, and the travel restrictions that affected our training, so our performance was not stable,” said Shevon.

The mixed doubles duo are part of a group of around 16 doubles players – many of them former Malaysian national players who have teamed up to train together under coach Chin Ee Hui. Olympic silver medallists Chan Peng Soon, Goh Liu Ying, Goh V Shem and Tan Wee Kiong were among those to conceptualise this approach when they started out as independent players in 2018. The team now includes the top three Malaysian mixed doubles pairs, two of whom — Goh/Shevon and Tan Kian Meng/Lai Pei Jing — turned independent this year.

After years of being used to the national team arranging everything, from training to flights to accommodation at overseas events, the players have had to quickly get up to speed on life outside their training bubble. The period since the onset of the pandemic has been particularly challenging, with restrictions on local and overseas travel, and the use of gyms and badminton halls.

“It’s been seven months since we went independent and we had an MCO (movement control order) for three months, we weren’t allowed to use the courts. During that period we only managed to train physically and not on court. It was quite difficult. Before coming here we had less than two months’ preparation,” said Shevon.

All the players contribute towards the costs of training, including shuttles, court rental, and coach fee. Players are free to have their own individual sponsors and there is greater freedom of choice in everything, but the arrangement has its downsides.

“You need a lot of self-discipline, there’s no one controlling us and now for everything we are on our own. So it’s up to us, how to control our daily routine, our training, our funding. So it’s good training for us, now we learn to handle more stuff, but it’s also harder. Especially during the pandemic, when there are documents to submit and making other arrangements,” said Shevon.

Their teammates Tan Kian Meng and Lai Pei Jing, who were in the quarterfinals of last week’s Denmark Open, have been playing as independent players since the Swiss Open in March.

“Self-discipline is very important for independent players,” says Lai Pei Jing. “It’s hard to maintain. When I get lazy he scolds me and when he gets lazy I scold him!”

Goh Liu Ying believes this approach is beneficial to independent players, although it has its challenges.

“It’s quite good for independent players, and we’ve been getting more players, meaning we can get more support. Of course we hope we can get some government sponsor too,” she says.

“We can keep a high level. It was difficult to acclimatise earlier,” says Low Juan Shen who is partnering Goh V Shem. “I think it’s a good model. It’s a good start for independent players. We look stronger now. We have juniors as well.”

Shevon believes that the freedom to decide their own course does result in better performance on court.

“We are definitely playing with more freedom at the moment, but we’re still learning. We are trying to adapt to this new position. We have to keep our focus. There’s no umbrella over us, so we need to be focused on what we need to do.

“The four of them (Chan PS, Goh LY, Goh VS and Tan WK) started the team, so the transition was easier for us.

“I hope we can maintain this team, so the next players have somewhere to come back to, to train, compete continuously. We will try to maintain this as much as we can.

“There’s team spirit. It’s good to have a team because we do everything together and there are more people to support one another.”