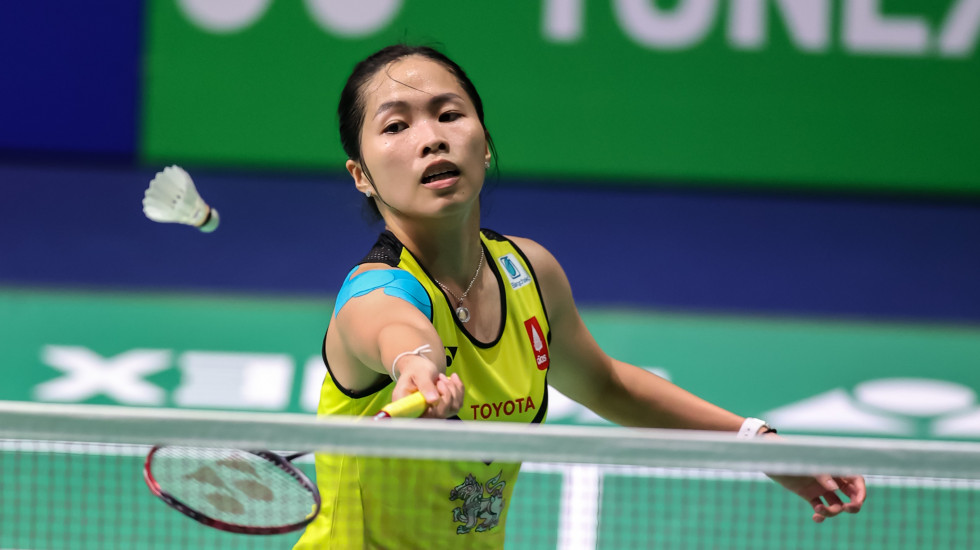 World No.5 Ratchanok Intanon, who is nursing a shoulder injury while making a tentative return to competitive badminton after the Olympics, said she was hoping to get fully fit in time for the TotalEnergies BWF World Championships 2021.

The Thai had to deal with the trauma of losing her mother after the Olympics, and the right shoulder problem arose during training. She retired early in her first match on her comeback, against Chen Yu Fei in the Uber Cup, and lost her first match at the VICTOR Denmark Open last week to compatriot Phittayaporn Chaiwan.

Today, after making the quarterfinals of the YONEX French Open 2021 with a comfortable second round win over Pai Yu Po, Intanon said the shoulder was getting better each day, and hoped to peak for the World Championships.

“It’s still 90 per cent. The shoulder is getting better day by day. I’m not pushing too hard. The target is the World Championships. I’m not sure I can qualify to the (HSBC BWF) World Tour Finals because my ranking points are low. I need to keep working on fitness; my skill is dependent on what I think. So if I put pressure on myself, I cannot play, but if I feel relaxed, I can play the shots I want. So the most important thing is my fitness and mental state. I don’t want to force anything. The shoulder is still recovering.”

Intanon said the problem arose when she returned to training after a prolonged break, following the quarantine after the Olympics and the death of her mother.

“After the Olympics, I was quarantined for 14 days. After that I had personal difficulty (with her mother’s death), so I did not train for one and a half months. So it’s not a serious injury; I just need time to recover and I don’t want to force myself to play.

“So I do physio every day and am building my muscle. People say I’ve become skinny, so I need to get more muscle.”

As for the upcoming events before the World Championships, Intanon said she would approach the matches cautiously. Intanon is No.5 in the World Rankings but No.14 in the standings for the HSBC BWF World Tour Finals.

“We just have to control what I do on court. It’s okay to lose or win, I’m not too worried about that. I hope I can peak for the World Championships.”