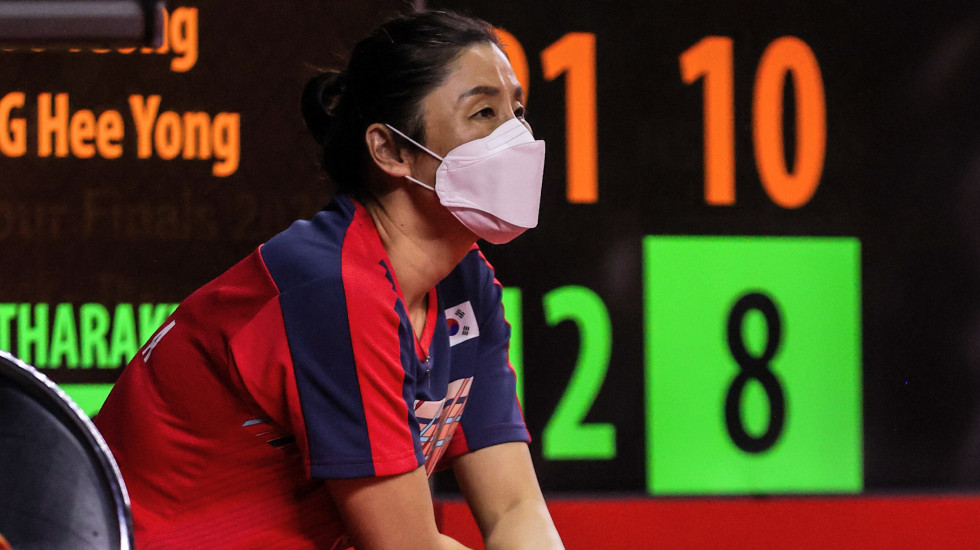 ‘I Want Players to Think for Themselves’

In part 2 of her interview with BWF, Korea’s women’s singles coach Kim Ji Hyun speaks about her country’s top prospects, what it means to be going back to Korea, and her belief that players should become more independent.

As women’s singles coach of Korea, what do you make of An Se Young?

She has so much potential, and she’s still young, so she’s working on many tactical and technical aspects. She’s not afraid of anything. But she has to get more mature, and she has to do hard training and improve her skills, so I’m working with her on that.

Her biggest strengths are her fitness, mentality and anticipation. And she’s only 18. Also, she works hard and I like that. When I teach something, she picks it up quickly.

Would you say she needs to develop a better attack?

Yes, she needs to develop more attacking shots. For me, as coach, if you compare her with Tai Tzu Ying, she doesn’t have those special shots… Tai Tzu Ying has good deception, good attack, good defence, also good mentality. An Se Young has so many things to work on.

I didn’t coach her in Bangkok as I had to coach the doubles. But An Se Young is not afraid, she has nothing to lose. We can focus on improving step by step.

While An Se Young has had a meteoric rise, your veteran star Sung Ji Hyun hasn’t done well lately. Are you concerned about her form?

Sung Ji Hyun hasn’t played well, she’s had a few injuries. For sure she has to improve her fitness and speed and if she recovers that, she can get back. She’s trying to qualify for Tokyo, but you never know. It’s hard for her, she didn’t play very well at the Swiss Open. Anyway, we are not giving up, and we will try in the remaining tournaments.

Who are the other Korean prospects that we can look forward to?

Kim Ga Eun is also a good player, but she had a calf injury in Thailand. She’s got potential too, and if she trains well, a new star might come up.

You are returning to Korea after a stint with India and then a club in Taiwan. How has your approach towards coaching changed?
I want players to think for themselves. In Asia they train very hard, compared with European players. But they have to think for themselves, instead of always being told by the coach on what to do. At the end of the day, they have to play by themselves. I want them to be more creative on what they want to do. They have to think what is best for them.

I want them to be more independent. Asian players especially rely on coaches, but they should be able to play whether the coach is there or not.

What does it mean for you to go back to Korea after long spells overseas?

I guess I’m the longest serving woman coach! As coach, I’ve won gold medals at Asian Games, World Championships, Sudirman Cup, Uber Cup. One thing I miss is Olympic gold, so maybe I want to try to go for Olympic gold. Let’s see how it goes. That is my biggest goal.

Your opinion on the likely women’s singles field at the Tokyo Olympics?

It’s one of the most interesting events… Carolina Marin, Tai Tzu Ying, Ratchanok (Intanon), and some Europeans like Mia (Blichfeldt). You never know what will happen. I say to my players – you have everything you need, so you have to train hard – keep pushing hard, be ready for everything.