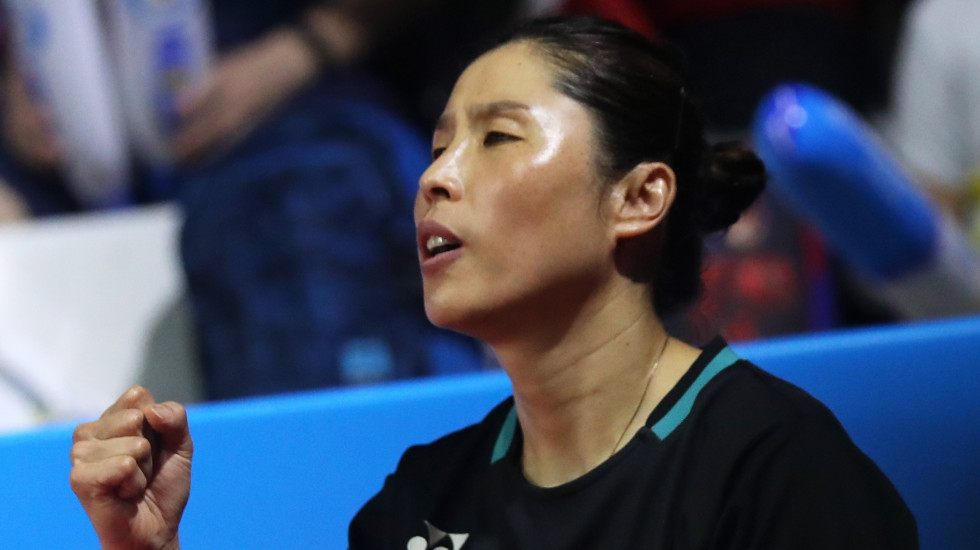 Perhaps the most vivid image of the last BWF World Championships was the sight of Kim Ji Hyun bear-hugging Pusarla V Sindhu when the Indian won her country’s first world title.

But then, to the surprise of many, the Korean coach wasn’t around to soak in the adulation. She instead flew to New Zealand to be with her husband, and then took up a coaching assignment with a club in Taiwan.

At the Asian Leg in Bangkok in January 2021, however, Kim resurfaced on the international scene with the Korean team – as women’s singles coach. Kim speaks to BWF about her time in Taiwan, the lessons she imparted and gained in return, and on her approach to her new assignment. Part 1 of a two-part interview:

Everyone was quite surprised at your decision to take up a club assignment after helping Pusarla Sindhu win the World Championships.

I’d rather not talk (about the World Championships). But after that, I went back home to New Zealand for a short break and then went to a club in Taiwan, the Asia Pacific Club. I had a special time with them, even though the players were of lower level. I really enjoyed that. I was there for nearly a year.

Then I was called back to Korea. You can change why you do (something), but you cannot change why you will not do, you know! So I just do what I want to do, that’s more important for me.

What was it like to work with club-level players after so long as an international coach? How did you motivate yourself every day?

As a coach, you have to enjoy what you do. Some are working just for money but for me, when I got this role, it was kind of a new challenge, because I had to start at the bottom again. There will be some players who have never played international tournaments, never played the Asian Games or Olympics, they are fresh blood, so I had to create a new environment and I have to motivate the players.

Also, I had to try something different, so it was a really good challenge. We tried a lot of different training, and we had some domestic matches in Taiwan. It was fun. And every morning when I woke up I would think of new skills to teach them. The kind of feeling I had, it reminded me of why I coach, it reminded me of what I’m doing. Because sometimes you wonder if you’ve been coaching too long. I think everyone has that kind of moment. For me, when I got to Taiwan, it made me think it’s enjoyable. I really enjoyed it. I’m still in touch with them.

Some of the players were top level but most of them were playing lower-ranking tournaments. Of course, last year most tournaments were cancelled.

So you did not feel any disappointment at coaching lower-ranked players?

No. As a coach you can see sometimes things are down, sometimes up… that’s life, up and down. My personal experience was energising. Wherever I go, I give it everything I’ve got, and I enjoy it. If I don’t like it, I walk away – that is my philosophy.

As Korea coach, are any of the lessons that you learnt with the club helping you?

Definitely. Wherever I go, I have to create different training, and I have to remind them of teamwork. Help each other, encourage each other. I will try to do more of that with Korea. You can train against each other and you can help each other. You have to compete with each other, otherwise how will you improve? You can’t only think of yourself all the time. That’s important.