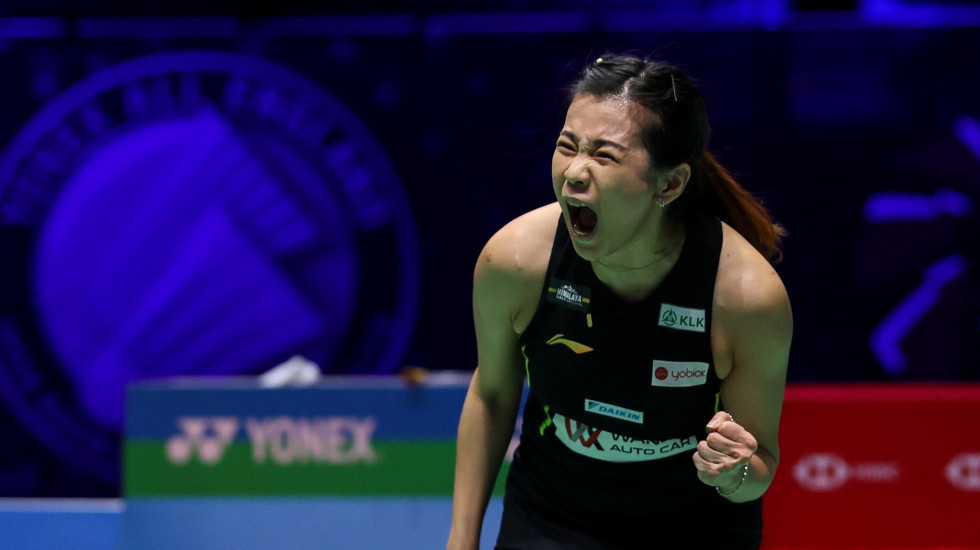 Goh Liu Ying in action at the YONEX All England 2021.

Review: Triumph in the Face of Challenges

The world’s oldest badminton tournament returned for its 111th staging – and this one will be remembered as one held in the most challenging of circumstances.

The YONEX All England Open Badminton Championships 2021 marked a year since the impact of the COVID-19 pandemic hit badminton, for it was immediately after the 2020 edition that all tournaments were suspended. Subsequently, badminton returned with the DANISA Denmark Open in October and the Asian Leg in Bangkok in January this year.

The staging of the All England 2021 was therefore special, for it signalled the determination of BWF, its partners and stake-holders to continue with the resumption of the circuit. COVID-19 continued to throw up complications, particularly with respect to international travel, quarantine, and staging of events, and it was quite significant that the event went ahead as planned.

As with events held under strict COVID-19 safety protocols, the YONEX All England too had a bubble system designed to prevent interaction with the outside world, and to ensure social distancing and other safe practices among participants and personnel. No spectators were allowed – for the first time in the history of the All England. All participants and personnel were tested on arrival in Birmingham and again during the week.

The big story at the start of the All England was the return of two-time world champion Kento Momota, who had last been seen in action in January 2020. In the intervening period, he’d been involved in an accident, had surgery for double vision, and infected by COVID-19.

In the three matches he played, Momota showed he still retained his fine touch, although he possibly was someway from his best. He beat Parupalli Kashyap and HS Prannoy but fell to Lee Zii Jia in straight games.

But by the end of the tournament, it was another Japanese player who’d stolen the limelight. Yuta Watanabe became the first male player in nearly two decades to win a double, which he achieved with Hiroyuki Endo (men’s doubles) and Arisa Higashino (mixed doubles). The last player to achieve that feat was Kim Dong Moon in 2002.

Japan dominated the competition with a sweep of the paired events, and Nozomi Okuhara capturing the women’s singles crown. In fact, the three finals in the paired events were all-Japan affairs.

Considering that it was the first time in a year that the full Japanese team had competed, their performance was a statement on how sharp that have remained.

The biggest surprise of the event was surely Lee Zii Jia, who finally proved he had what it takes to win major events. The Malaysian knocked down two of the sport’s biggest names – Kento Momota in the quarterfinals and Viktor Axelsen in the final – thereby adding his name to the list of frontline Olympic medal contenders.

Lee was outstanding in the final as he kept up his physical intensity and focus through the cliffhanger opening two games, until a worn-out Axelsen gave up the chase in the third game (30-29 20-22 21-9). It was one of the best men’s singles finals of recent times.

There were a number of thrilling matches through the week. Anders Antonsen, having narrowly edged Axelsen in the title bout of the HSBC BWF World Tour Finals 2020 in January, was in Axelsen’s way once again, in the semifinals this time. The defending champion however was able to get the better of his younger compatriot in a hard-fought third game. Some of the other great matches during the week:

Basking in the Glow

With teams like China, Korea and Chinese Taipei having skipped the event, the YONEX All England provided an opportunity for lesser stars to shine. Players like Mark Caljouw, Pornpawee Chochuwong, Lakshya Sen, Jeppe Bay/Lasse Molhede and others achieved career-high results. The experience gained will no doubt be invaluable to them as they continue on their path to seeking glory.