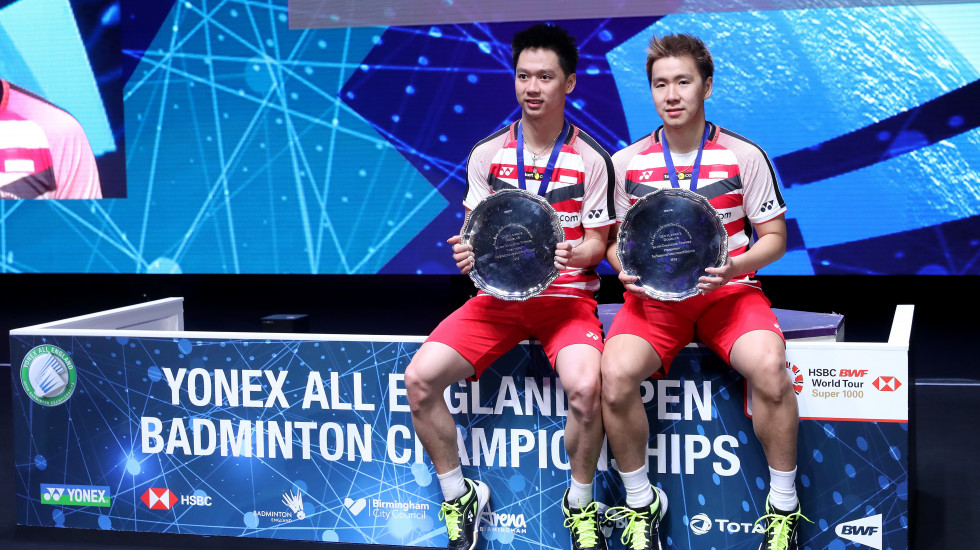 The year’s first HSBC BWF Super 1000 event starts today in Birmingham and we examine which player (s) entered to the YONEX All England Open 2021 has won the most titles on English soil in the last five years.

We wrap up with the men’s doubles category.

Gideon and Sukamuljo enjoy a runout in Birmingham, as their three finals in the last four years go to show. On paper they look a good bet for another proper hack at the title, although their previous competitive appearance came a year ago at this very competition when they lost to Hiroyuki Endo/Yuta Watanabe in the championship bout.

Though the Indonesians start as favourites, they last graced the top step of the podium in 2018, when they wrapped up the second of their straight title victories, seeing off No.2 seeds Mathias Boe/Carsten Mogensen 21-18 21-17 in the final.

HOW IS THE RECORD OF THE TOP 8 SEEDS LIKE?

Seeded fourth, Endo/Watanabe return to defend their gong while another Indonesian pair Mohammad Ahsan/Hendra Setiawan (No.2) can beat the Minions to be the first in 30 years to three titles.

No men’s pairs have had triple success since Li Yongbo and Tian Bingyi completed their set in 1991. The Chinese greats had earlier won in 1987 and 1988.