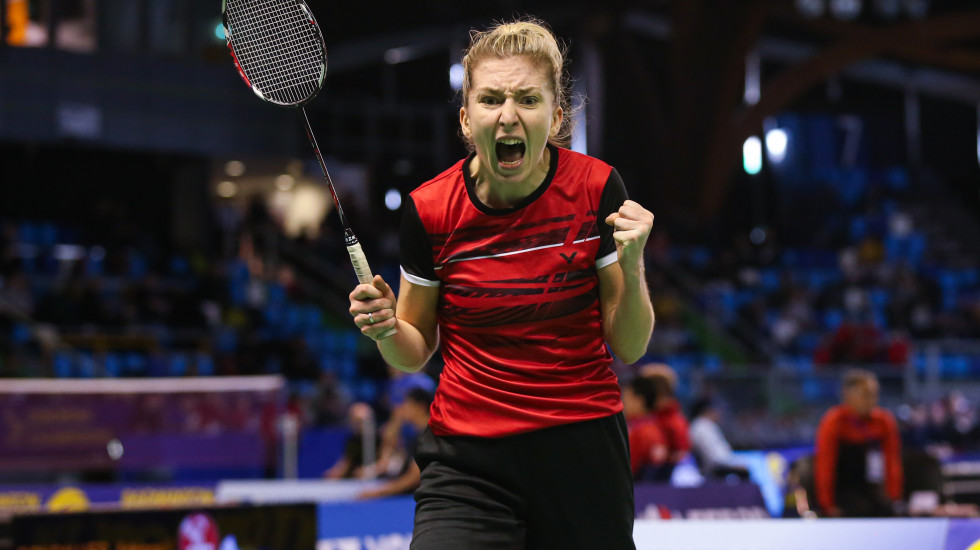 A quick peek at Jordan Hart’s YouTube channel will reveal how elated the Welsh player is to be making her All England debut. The YONEX All England Open 2021 in Birmingham next week is also the shuttler’s first Super 1000 event.

“It’s extra special given the circumstances,” said the smiley 26-year-old from her base in Warsaw.

Hart grew up on badminton. It’s in her bones.

“I went to the All England every year to watch. I’m very excited to play for sure,” she admitted.

“Being a Brit and growing up in the UK, it’s a special tournament for me. I feel proud, ecstatic and grateful that a tournament of this level is going ahead and I can be part of it,” added the Haverfordwest native.

Not able to take her coach to either the YONEX Swiss Open 2021 or the All England due to funding, Hart will face USA’s Beiwen Zhang in the opening round.

Wales’ only women’s singles representative said: “Right now the players are all in a bit of the unknown. For me, it’s not so much thinking about my opponent, but thinking about myself. As long as I give myself the opportunity to do well, that’s all I can hope for. There are no easy games, this is a Super 1000 and you have to be ready from game one.”

Having never been part of a national squad, Hart explains why a Welsh player who went to university in the UK is now training in Poland after relocating in October.

“In Wales there wasn’t the level of players I could play with. I’ve been adopted by the Polish national team,” revealed the world No.63, who followed her coach Steve Butler (now Poland head coach) to Warsaw.

“My training is going very well. I’ve had success (with Butler) and I’m really lucky to have that. I’m able to train full-time here, whereas if I was in the UK I couldn’t compete at a high standard”.

Hart relocated to Wales when the pandemic struck as a family friend had a space for her to practice in.

“I was training in a tiny community hall when COVID-19 happened. The floor had no badminton markings, we threw up our own net and the roof wasn’t high enough to clear a shot but we just got on with it,” said the stoic player.

Unfortunately she contracted COVID-19 earlier this year but Hart has not let it affect her.

“I just want to go to the next tournament and put on a good performance.”