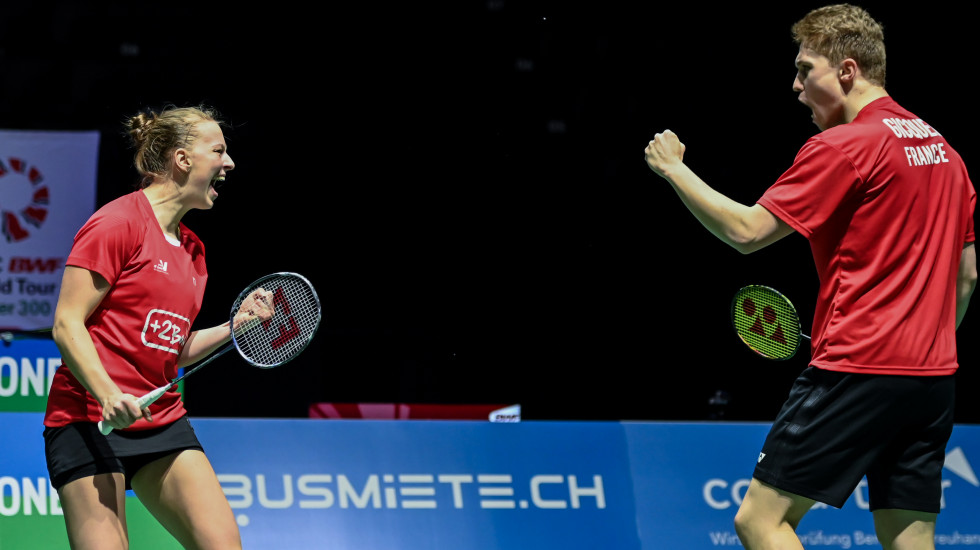 Winning their first HSBC BWF World Tour Super 300 title as a pair has done wonders to the confidence of the ever-improving Thom Gicquel and Delphine Delrue.

In fact, the YONEX Swiss Open 2021 triumph last week seems to have given the French duo the feeling of being wrapped in a cloak of invincibility ahead of the YONEX All England Open 2021.

After defeating Danes Mathias Christiansen/Alexandra BØje in the mixed doubles final, Gicquel told Badminton Europe: “We really wanted to win this one and prove we are the best pair in Europe. And I think we showed that this week.

Delrue added: “We were strong mentally. It was an up and down match but in the end we were better.”

The success in Basel was France’s first in 63 years in the category.

Gicquel and Delrue also had stellar outings in Bangkok during the Asian Leg in January, making the last four of the YONEX Thailand Open and the HSBC BWF World Tour Finals.

At the latter tournament, they only went down to eventual winners Dechapol Puavaranukroh/Sapsiree Taerattanachai.

The self-assuredness and mental fortitude displayed in Switzerland and Thailand will again be key when they take to the courts next week at Arena Birmingham, where some of the world’s best pairs are expected to challenge for the crown.

On current form however, not many would rub their hands with glee if pitted against Gicquel and Delrue at badminton’s oldest competition.