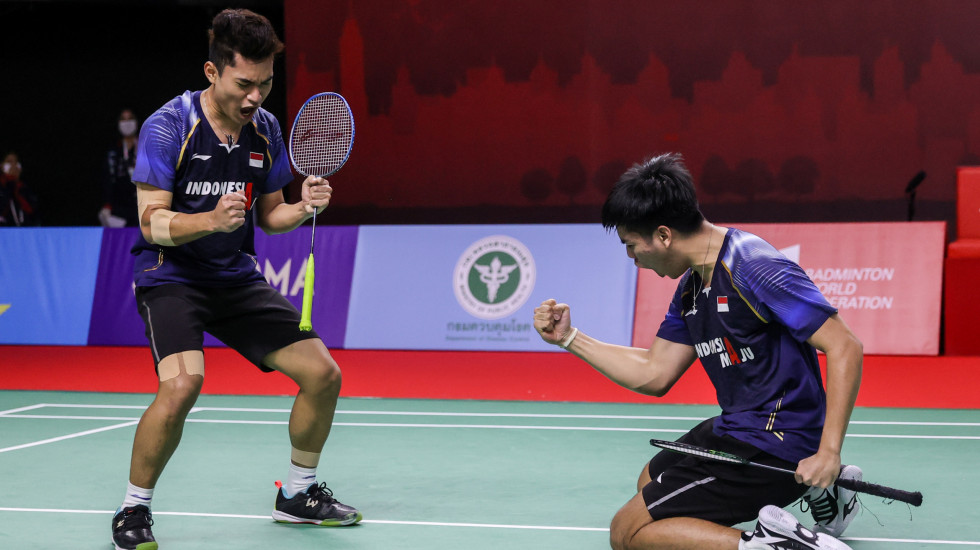 Malaysians Low Hang Yee and Ng Eng Cheong were the stars of the day, nicking a massive upset by beating Chris Langridge/Marcus Ellis, bronze medallists four years ago in Brazil, 10-21 21-15 21-15 in 72 minutes – the round’s longest duel. At No.85, 73 places separate them and their fourth seeded opponents on the BWF World Rankings.

Veterans Goh V Shem/Tan Wee Kiong could not emulate their compatriots, the Rio silver medallists and No.3 seeds failing to find a way past Mark Lamsfuss/Marvin Seidel in their 21-19 21-19 loss. Lamsfuss had earlier combined with Isabel Herttrich in mixed doubles to beat Chloe and Sam Magee.

The 26-year-old told Badminton Europe: “We had a good tactic to keep really disciplined until the end. We tried to put Goh to the back and give him a bad feeling and it worked pretty well.”

The final tandem to bite the dust on the day were 2016 All England champions and world No.16 Vladimir Ivanov/Ivan Sozonov. The Russians succumbed to Thailand’s world No. 83 pair Nipitphon Phuangphuapet/Tanupat Viriyangkura16-21 21-19 16-21.

Jayaram will be joined in the quarterfinals today by three compatriots – Pusarla V. Sindhu, Sai Praneeth B. and Kidambi Srikanth. Fourth seed Kidambi however, allowed world No.50 Thomas Rouxel to steal a game in his 21-10 14-21 21-14 win.

Satwiksairaj Rankireddy/Chirag Shetty had to play a rubber game for the second day running, this time pushed to their limits by Indonesians Pramudya Kusumawardana/Yeremia Erich Yoche Yacob Rambitan. The 70-minute tussle finished 21-17 20-22 21-17 in favour of the second seeds.

Low and Ng had never beaten a seeded pair on the HSBC BWF World Tour before yesterday.