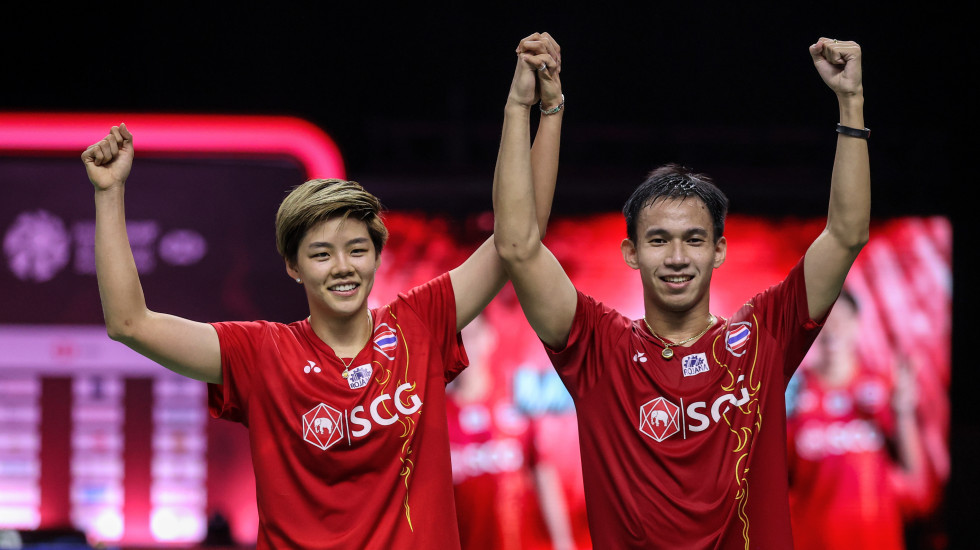 When Dechapol Puavaranukroh and Sapsiree Taerattanachai started their Asian Leg campaign in early January, the highest-level titles they’d won was World Tour Super 500 events in Korea and Singapore. Over three weeks in January, not only did the Thais capture back-to-back Super 1000 events, they wrapped up the Asian Leg with the HSBC BWF World Tour Finals 2020.

It was a superlative spell by any measure.

Puavaranukroh and Taerattanachai have been one of the premier pairs over the last three years or so, a period dominated by two Chinese pairs – Zheng Si Wei/Huang Ya Qiong and Wang Yi Lyu/Huang Dong Ping. The absence of the Chinese and the Japanese (Yuta Watanabe/Arisa Higashino) in Bangkok did ease the path for others in the draw; yet, it needed exceptional physical and mental capabilities to win three major events in a row.

“We are really happy and proud to have won three titles in three weeks. This is reward for nine months of hard work and dedication. This is a reward for all Thai people. We knew we could do it and we will have more confidence going forward,” said Taerattanachai, after clinching the third title.

The Thai duo actually got stronger as the Asian Leg progressed. In the first week, at the YONEX Thailand Open, four of their five matches went three games. It got smoother for them at the TOYOTA Thailand Open the following week, with only the semifinal throwing up a challenge. They hit cruise mode at the season finale, winning all their matches with plenty to spare.

While Puavaranukroh and Taerattanachai have always been a consistent pair, at the Asian Leg they stepped up a gear. Puavaranukroh was inexhaustible at the back; Taerattanachai complemented him perfectly, sharing the burden in the deep and choking the front court for her opposite number.

How difficult it was to get past them was illustrated by the French pair Thom Gicquel and Delphine Delrue, who were in superb touch in Bangkok. After falling 21-17 21-17 in the semifinals of the World Tour Finals, Gicquel said:

“I think we played quite well. We served well, so it’s difficult to say (what went wrong). We fought until the end. Last time we played I found a lot of space at the front, but not today, Sapsiree was covering the net and it was difficult all the time.”

“We started well, we put the pressure on them but we didn’t seize the chances when we had them. It was difficult after the break because they put more pressure on us. They were more on attack and in the second game, we tried to be more aggressive. They played really well and with a lot of speed,” said Delrue.

With three big titles in the bag, Puavaranukroh and Taerattanachai couldn’t have asked for a better start to a year which has several major events lined up. It will be particularly interesting to see how they fare against the top pairs that missed the Asian Leg. What’s certain is that the confidence they carry from their performances in Bangkok will lend an extra edge to their game and make mixed doubles even more entertaining.