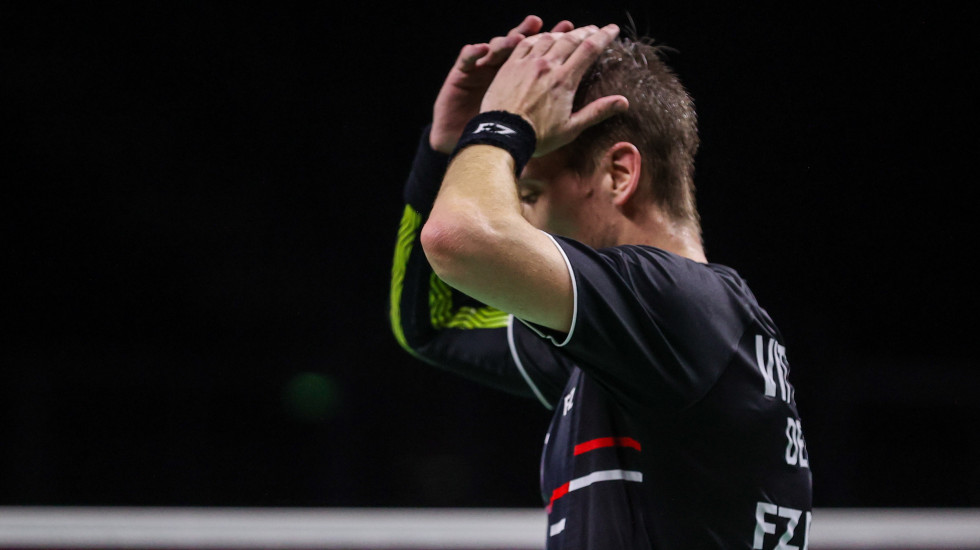 A 35-year-old who was confirmed of his participation from the reserves list for the Asian Leg has scripted its unlikeliest story yet.

Hans-Kristian Solberg Vittinghus, who had spent 166 minutes on court before his semifinal at the TOYOTA Thailand Open today, showed the heart and legs of someone far younger, leaving Anders Antonsen, his junior by 12 years, looking jaded and weary. The rout was achieved in 45 minutes, 21-19 21-8, handing Vittinghus one of the biggest moments of his long career.

Antonsen had scraped through a bruising quarterfinal against Sameer Verma in a marathon two-hour battle, and the effect showed. After a promising start, the third seed looked stiff and ill-at-ease, taking extended breaks between points.

Vittinghus, on the other hand, looked sharp, staying in the rallies, seizing the minutest of openings, and retrieving shuttles that seemed impossibly out of reach. Once he’d clinched the opening game, Antonsen’s challenge fell apart.

The third seed stated that he just hadn’t been in the match mentally.

“It’s quite a weak performance. I don’t know… I was just finding myself angry and distracted, and just wasn’t in the zone mentally. So it’s a big disappointment. I found myself frustrated all the time, couldn’t find any solutions. Also, a bit tired from yesterday. He gave his best and it worked out, he was more calm.

“Definitely I was tired after yesterday’s match. I wasn’t cramping, just a bit exhausted, but it wasn’t that bad, so that’s not an excuse. I’m not really sure… just frustrated all the time. I was focussed on everything outside the match. I wasn’t in the zone, I will have to find out why.”

As for the victor, tomorrow’s match will mark his first major final after the Dubai World Superseries Finals title clash in 2014.

“I can hardly talk about my emotions. I’m feeling very emotional. It’s not the greatest performance Anders has ever put in, he broke down mentally after giving away the first game. I could not be any prouder of my performance.

“I was under pressure in the opening game with the tricky conditions. I think I got off to a good start and that shook Anders a bit. I have great respect for Anders, I think he’s the smartest player on the men’s singles circuit. I love the sound of the final, I’d like to taste it a bit more, but I can say that this feels pretty awesome.”