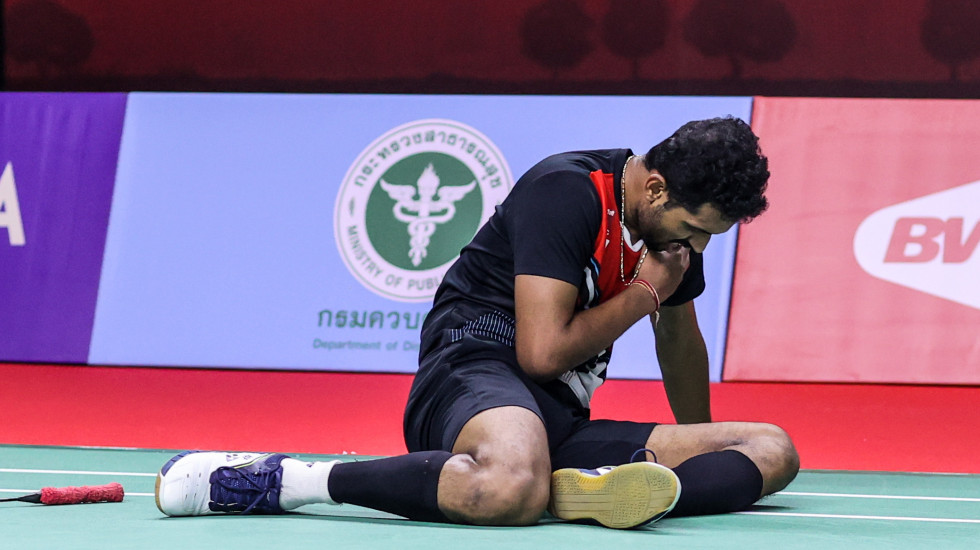 Prannoy clutches his shoulder after a fall.

A hurting rib and a painful fall could not stop HS Prannoy from upstaging Jonatan Christie in the opening round of the TOYOTA Thailand Open.

Prannoy, who’d had COVID-19 in November, has been feeling its after-effects – mainly pain in his ribcage, which he surmises is due to a muscle strain caused by coughing continuously. Today he played with that pain throughout, and to make matters worse, suffered a bad fall during a rally which gave Christie match point in the third game. 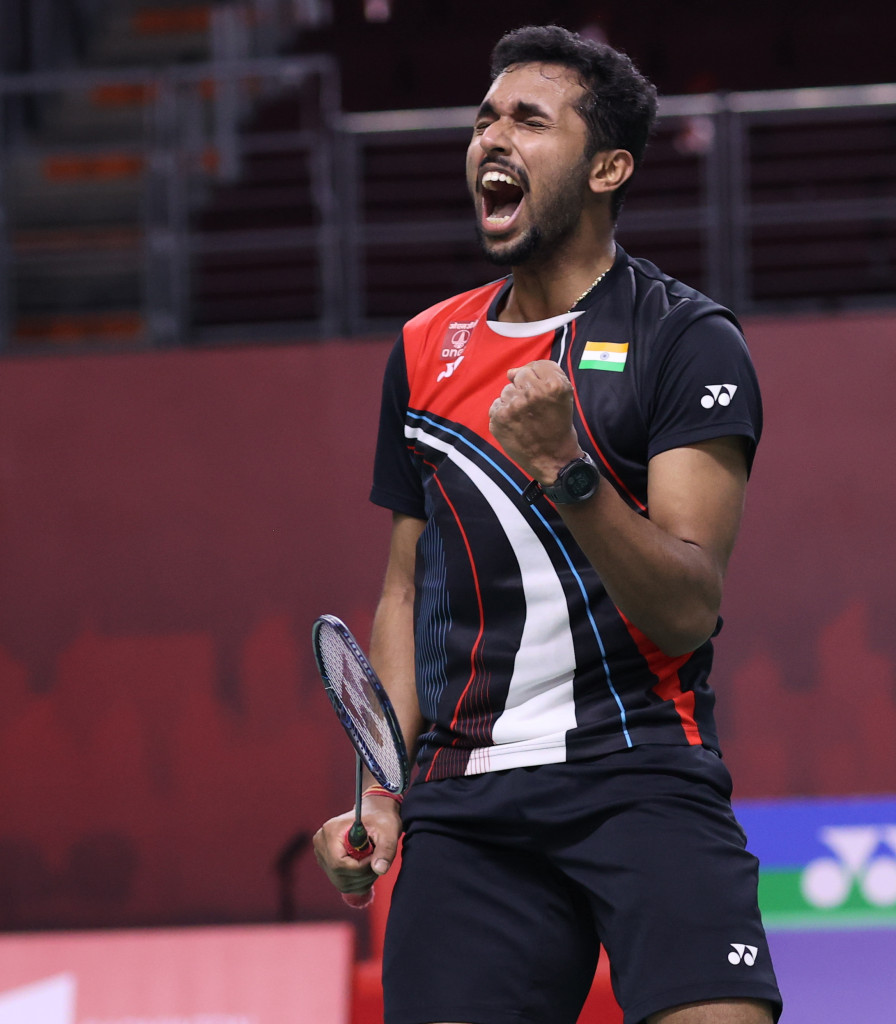 He received treatment on his left shoulder, and went on to take the match – his first win over Christie in their last four matches.

“I haven’t practised the last five days. The rib has been paining pretty badly post-COVID, but we’ve been trying all sorts of things (to heal it). Probably it got inflamed and the muscles inside are strained because I had continuous cough. I’ll have to go back and check. There’s been no practice at all.

“There were no expectations today. I just wanted to move around a bit and see how it goes. There was no other game plan. I have played him a lot of times, so we know each other’s game. The rib was hurting every time I took a deep breath.”

Things were going the Indonesian’s way as had a four-point lead at the home stretch, and three match points. Their five previous matches had given the Indian the belief that he still had a chance.

“Christie’s one player who when it comes to the crunch, you can pull it off, because he tries a lot of risky shots. So I had that in mind. And in the third game the target was to be 7-11 down from the bad side, but it turned the other way, because I was up 11-8 and he was playing well. I’m proud that I completed the match.”

As for the fall, Prannoy said he felt his shoulder getting dislocated but then snapping back into place. “I thought it went off but luckily it fell back in place. I thought the fall was bad; hopefully nothing will happen. But these things might start hurting after a few hours.”

🗣️ "I had a fall when he had match point and hurt my left shoulder. I felt it was dislocated but it went back into place. Right now it's ok but it might start hurting again after a while.”#HSBCbadminton #BWFWorldTour #ToyotaThailandOpen pic.twitter.com/dF0RA36w5u