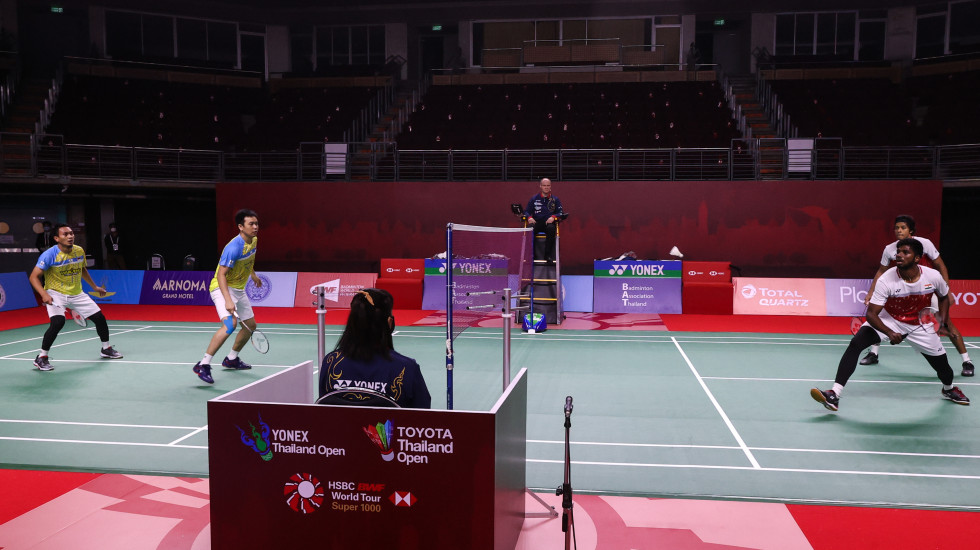 Contestants are now in their third week in Bangkok and acclimatised to the conditions, and the action is expected to rev up a notch at the TOYOTA Thailand Open that begins tomorrow.

Most players at the YONEX Thailand Open last week spoke of the drift in the hall, but that is expected to be less of a factor in match outcomes this week.

The draw for the TOYOTA Thailand Open has thrown up some interesting prospects in the first round. Last week’s mixed doubles runners-up Praveen Jordan and Melati Daeva Oktavianti won’t have much time to ease into the draw, for they take on Thom Gicquel/Delphine Delrue, who offered plenty of resistance in Saturday’s semifinal.

Nor can Dechapol Puavaranukroh/Sapsiree Taerattanachai, winners of the YONEX Thailand Open, expect much relief after Sunday’s exertions, for they face Robin Tabeling and Selena Piek in the opening round.

Women’s doubles winners Greysia Polii/Apriyani Rahayu will know that if they can get through their opening test, against Puttita Supajirakul/Sapsiree Taerattanachai, it will be smoother sailing all the way until the semifinals, for there are no other strong contenders in their half.

In singles, HS Prannoy is pitted against Jonatan Christie, while his compatriot Saina Nehwal will be taking on home favourite Ratchanok Intanon. Another India-Thailand clash in women’s singles features Pusarla V Sindhu versus Busanan Ongbamrungphan.

Off-court, there has been some relaxation of the COVID-19 protocols, enabling players some leeway in their movement without compromising the safety of the Green Zone quarantine bubble.

These relaxations include allowing players and coaches to visit their team members in their hotel rooms, allowing each team to dine together at the hotel restaurant at designated tables, and access outside the hotel for fresh air and the chance to run.

Teams will also have more dining options, as they will be able to order food from select vendors and restaurants, as well as supermarket items.

Matches to Look Out For (Round 1):