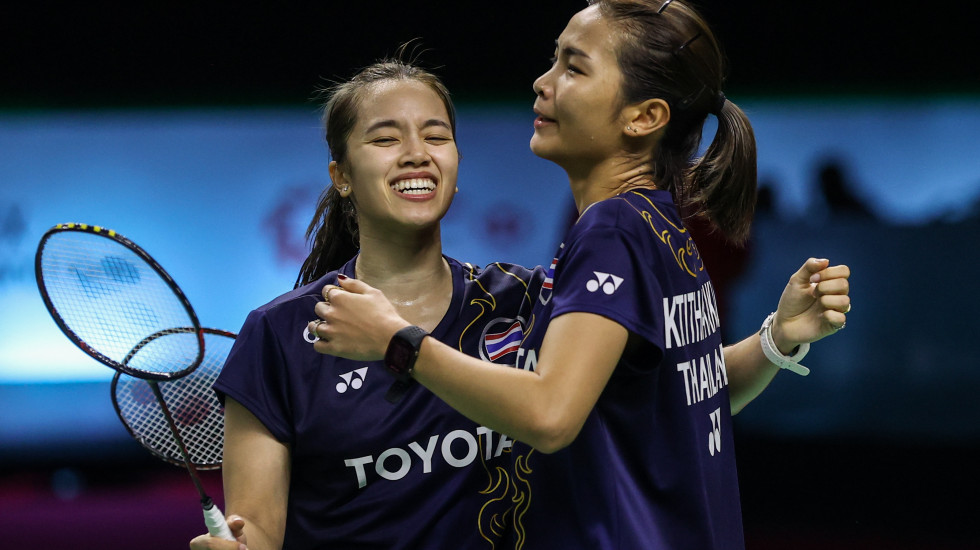 Seo Seung Jae and Chae Yujung blew a big lead and two match points against Dechapol Puavaranukroh/Sapsiree Taerattanachai in the opening match, and things only got grimmer for the Koreans from there.

Lee So Hee and Shin Seung Chan were involved in a hard battle against Greysia Polii and Apriyani Rahayu, and the Indonesians pulled ahead at the end.

“I feel emotional not just because we won the game but because of all the hard work we put in. This is a good performance for us to go for the Olympics. They are powerful and they kept attacking us, hitting very hard. In the second game we had to counter their attack and adjust to the wind. We got our confidence back after winning the second game.”

An Se Young started off well enough but ran out of ideas later against Carolina Marin.

Seo Seung Jae returned for his second match, the men’s doubles with Choi Solgyu; the world No.8 pair had a 3-1 record over Wang Chi-Lin and Lee Yang. It was another three-game affair, and once again the Koreans fell short, 21-14 in the third, enabling the Chinese Taipei duo to make their first World Tour Super 1000 final.

Things appeared to swing their way in the women’s doubles, with Kim So Yeong and Kong Hee Yong overcoming a 9-14 deficit in the third to close the gap against Jongkolphan Kititharakul and Rawinda Prajongjai. After another exciting finish, it was celebration time for the Thais at the expense of the Koreans.

“I feel so excited!” said Kititharakul, beaming after she and Prajongjai had eked out the narrow victory to make their first HSBC BWF World Tour Super 1000 final. “We were leading 16-11 in the third game but they made it 16-all. We should have taken that game easier, but we pressured ourselves. I’m not so happy with my performance; I could have done better. Today we knew it would be a long match, we expected it to go for more than an hour. The Koreans are strong and hit hard, and we are not so strong, so we have to use skill, and not play hard with them. Tomorrow we expect another long match, it might go on for another hour.”