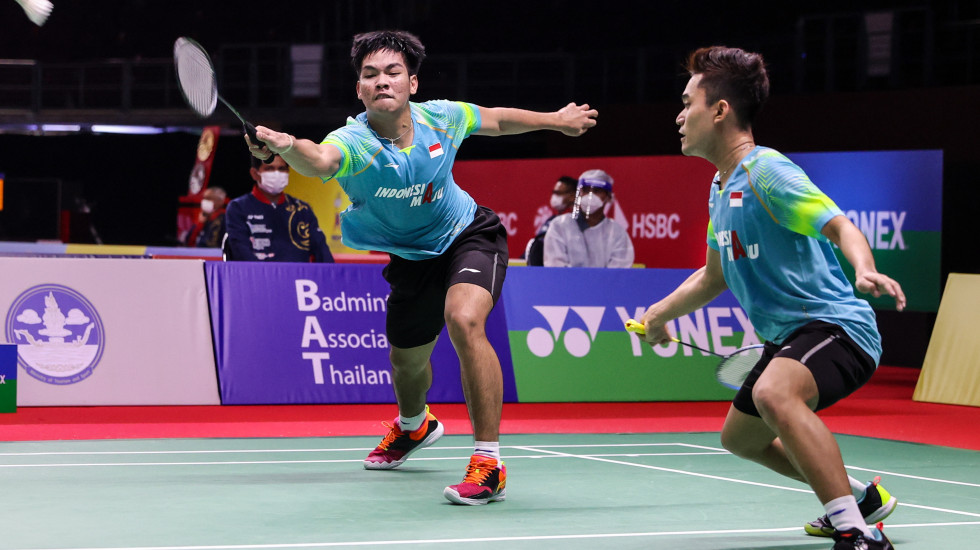 At stake was a place in the quarterfinals of the YONEX Thailand Open.

The young Indonesians have been evoked excitement among their home fans for a couple of years now, but their performance at their first World Tour Super 1000 event was perhaps indicative that they can translate their success to the senior level. Indeed, the two 19-year-olds were more assured in the closing stages than their senior compatriots. 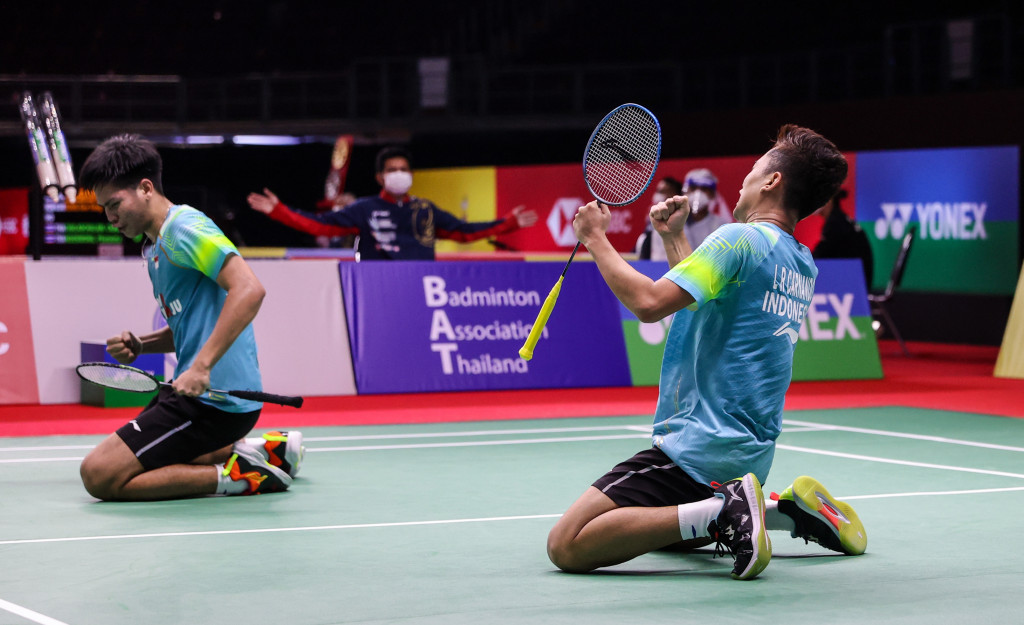 Twice in the closing stages of the third game the No.5 seeds erased two-point deficits including two match points, but their younger challengers were always first on the attack, and duly completed a 16-21 21-17 22-20 victory.

Alfian conceded that Marthin and Carnando had been more proactive and that had paid off.

“They were brave in their approach and we know each other’s strengths and weaknesses because we are in the same team. They were able to anticipate our play. I thought our performance was at a good level. They were really good, and had really good fighting spirit.”

“Our opponents played well,” said Ardianto. “We played against our juniors and they played with nothing to lose. We face a different kind of pressure because they are juniors who are just coming up. Their play was good and we also played well ourselves. They played better than us and were better prepared.

Marthin, whose firepower from the back made all the difference, credited their performance to the sparring sessions they had within the team.

“After losing the first game, we wanted to open up the exchanges and slowly get into the attack.

“Our constant sparring with our seniors helped. We got to show our best in this tournament. I feel it’s still not enough because the journey is still long. Even though we won, there are many challenges. We need to keep our focus and be ready.”