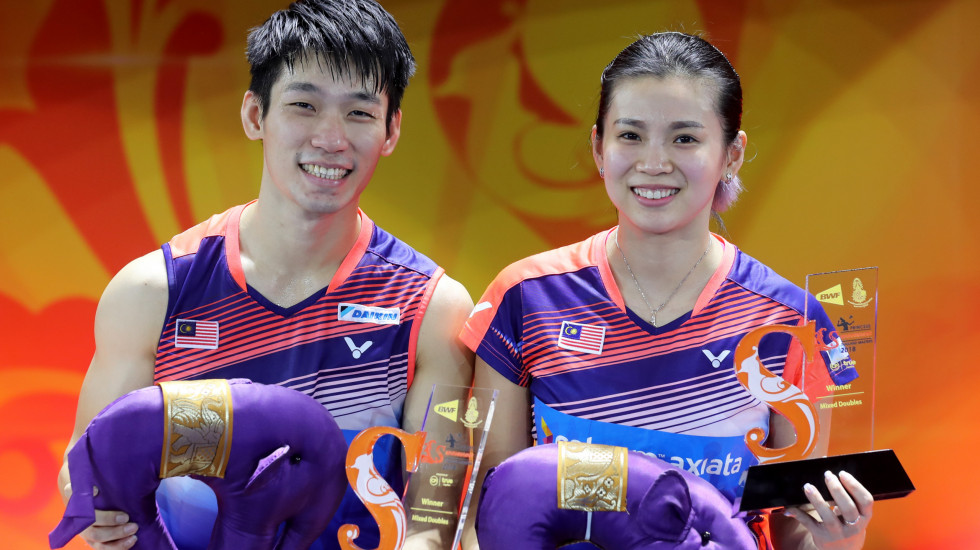 With three back-to-back tournaments starting in Bangkok from next week, we examine which participant entered to the YYONEX Thailand Open (12-17 January) and TOYOTA Thailand Open (19-24 January) has won the most titles on Thai soil in the last five years.

We wrap this series up with a look at the mixed doubles category.

In recent years, Bangkok, and Princess Sirivannavari Thailand Masters in particular, have given Rio 2016 silver medallists Chan and Goh winning memories to cherish. The seasoned Malaysian pair reigned supreme at the competition twice in three years, sealing successive titles in 2018 and 2019.

Both successes came against home combo Dechapol Puavaranukroh and Sapsiree Taerattanachai, making victory that much sweeter. The finals were keenly contested, with the 2018 duel lasting an exhausting 67 minutes.