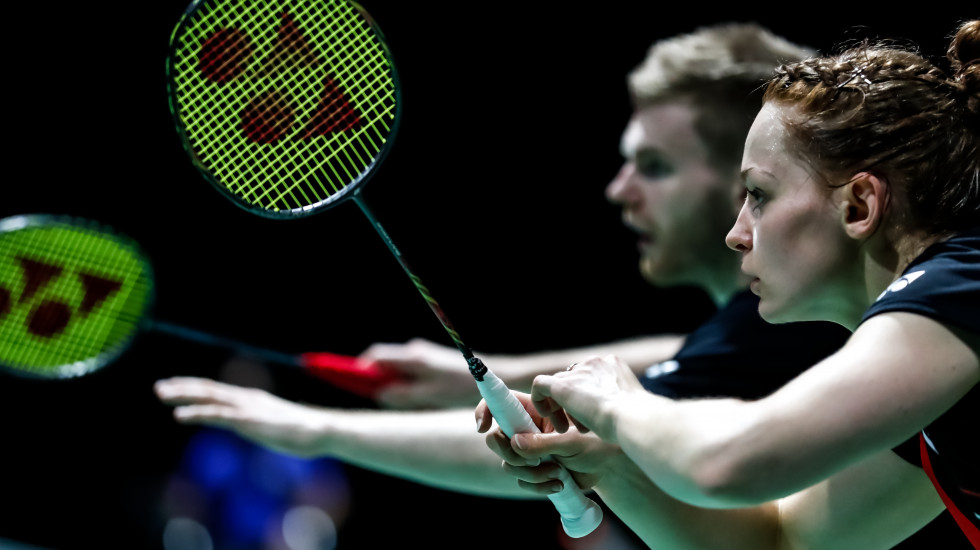 Marcus Ellis and Lauren Smith acknowledge they are not in for an easy ride in Bangkok this month. But the world No.9 pair are feeling good ahead of the HSBC BWF World Tour 2020 season finale for one particular reason.

“Bangkok is definitely our happy hunting ground. We’ve been to Thailand a few times and the last time we were there, things just got better and better as the week went on,” recalled Ellis of their first Super 300 title in January.

By the time the English duet reached the Princess Sirivannavari Thailand Masters final, they were confident of clinching the title.

“We both felt we could win. If we can feel like that again for the YONEX Thailand Open, that would be great. We’re certainly not scared of playing anyone,” added Ellis.

Despite being the best part of a year away from a typical bumper badminton tour, the pair admit competing is still a strand of their DNA.

“We have three tournaments to find our groove. It should come back quite quickly. Like riding a bike,” joked the 31-year-old Ellis.

Cumbria native Smith added: “We’ve put in some of our best performances in Thailand. We are capable of making new memories in Bangkok. Plus I know some really good coffee places when we are allowed to explore.”

Who do they see as favourites?

“Praveen Jordan and Melati Daeva Oktavianti, who we’ve played a few times, are very tough. Jordan, when he turns up, is hard to beat. Each pair will be difficult, because we just don’t know what they are going to bring,” said Smith.

After losing in Denmark to Germany’s Mark Lamsfuss and Isabel Herttrich, the duo don’t want to apply too much pressure on themselves as they head into the three-tournament Asian Leg.

The 29-year-old Smith admits she did not play her best, though badminton’s restart did bring back match sharpness.

“It’s been a while since we competed. The Denmark Open was dipping our toes into the water,” said Smith.

“There are so many things you do in training, but it’s much harder to practice the mental side of things. I want to go into these tournaments knowing I’ve improved from the previous week.”