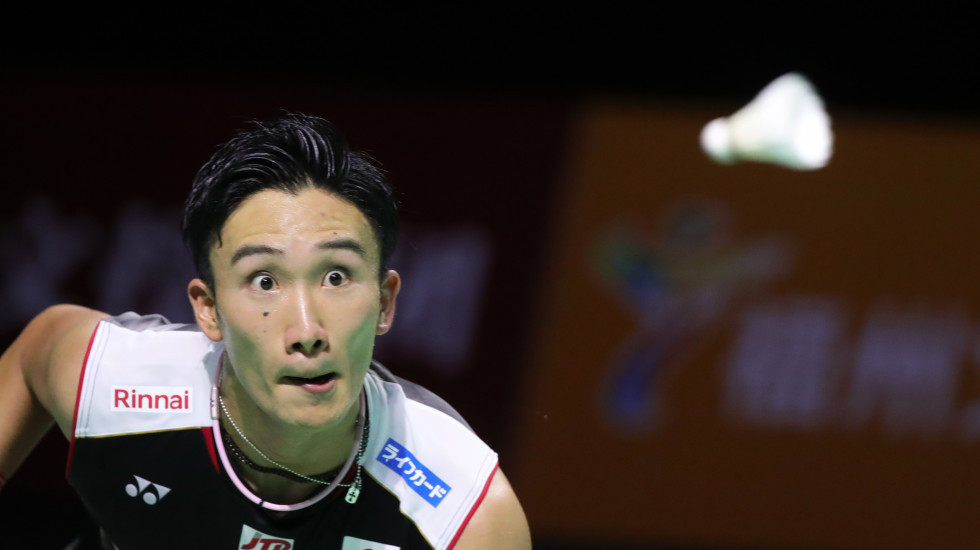 Kento Momota is back hitting shuttles with a racket in his hand.

Top seed at next month’s YONEX Thailand Open and TOYOTA Thailand Open, the world No.1 marked his return to competitive badminton after almost a year by beating Koshiro Moriguchi 21-12 21-14 in the All-Japan National Championships first round in Tokyo yesterday.

The Japanese had been sidelined since an accident en route to the airport after winning the PERODUA Malaysia Masters 2020 in January left him needing a surgery on a fractured eye socket.

His message following the 36-minute straight game victory, though uttered with caution, was nevertheless ominous to rivals.

“I went out onto the court and it really felt like I was back. I enjoyed it,” AFP reported Momota saying.

“I had that particular feeling you get before a match, the kind where you just can’t sit still, and it’s been a while since I felt that.”

Naturally, the 26-year-old hit his first shuttle in 11 months missing his famed confidence but the rust in his play was dusted off by the second game, his return to composure underlined by a trademark smash that closed out the match.

“I missed a lot of shots because of nerves,” the two-time world champion admitted.

“My movement and feeling for the shuttle weren’t bad but I want to cut down on the mistakes in my next match. I managed to speed up the play and land a few smashes but there were times I was too slow with my returns. I need to think more about how I react to each shot and mix things up a little.”

Momota is likely to iron out the kinks in his game before heading to Thailand for the HSBC BWF World Tour 2020 season finale and if he arrives in Bangkok feeling close to his best, he would be a formidable opponent to anyone.

The list of athletes qualified for the HSBC BWF World Tour Finals would be confirmed at the conclusion of the second tournament, with Momota needing points to climb up the HSBC BWF Road to Bangkok Rankings to be among the top eight shuttlers.

“I’m trying not to think that far ahead and take it one step at a time as always.”