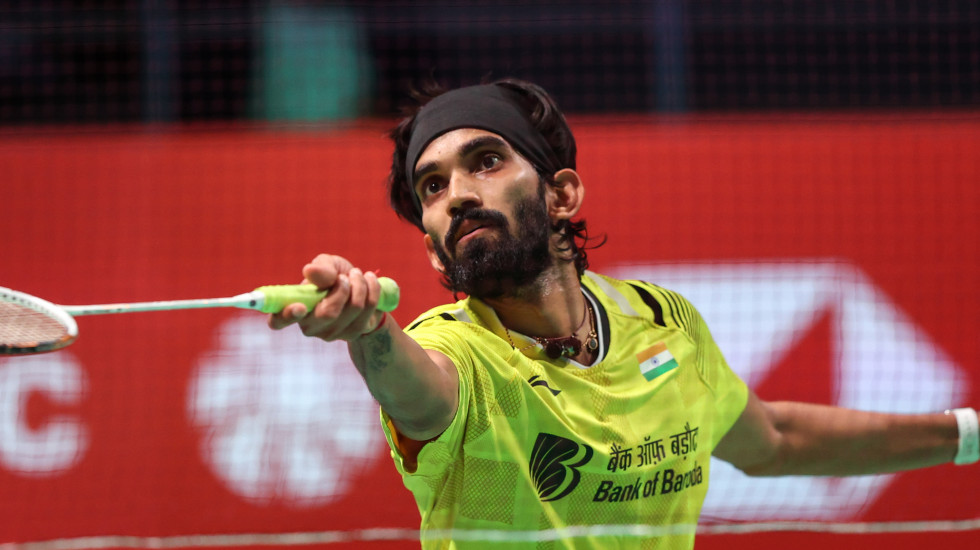 It’s been a challenging year for badminton players but more so for former world No.1 Kidambi Srikanth, who suffered a dip in form. The Indian is now confident of success at next month’s three-tournament Asian Leg of the HSBC BWF World Tour 2020 in Thailand.

“I’m happy I had the time work on my injuries. I went through quite a phase and this time really helped me work on my fitness,” said Kidambi.

“The five-six months of lockdown helped me and now I feel really good about being back at training.”

Earlier in the year, India announced a complete lockdown, meaning most people, including elite athletes, were stuck indoors. Committed to home workouts, Srikanth continued with strengthening exercises, and promises he is on the right path to make a strong return.

“I couldn’t play badminton, it was about working on the smaller muscles and doing rehabilitation exercises,” said the 27-year-old, who feels his preparation is on top form.

“The period between March and August helped rebuild me. I’m feeling very confident. I just want to play some tournaments now and see where my level is.”

One of a few Asian players to compete at DANISA Denmark Open 2020 in October, Kidambi was knocked out by Chou Tien Chen.

Chou will be back in Bangkok, as will other top men’s singles stars who skipped the tournament in Odense.

“Many players haven’t played tournaments in the past nine months. It’s all going to be new. No one knows how the others are playing, so it will take a tournament or two to see where everyone is at.

“At the moment I’m focusing on improving my physical fitness, strokes and coordinated movements.”

Looking past the Asian leg, Kidambi is keen to go from practicing to competing much further into the year, with an eye on qualifying for the Tokyo 2020 Olympic Games.

“From March the qualification period begins and it’s again a chance to see where we’re all at having not played out a full year,” he said.

The first Indian men’s singles shuttler to be world No.1 in 2018, Kidambi also wants to experience the ecstasy of scaling the summit once more.

“Being ranked first is a great feeling. I’ll continue to work hard to reach No.1 again.”