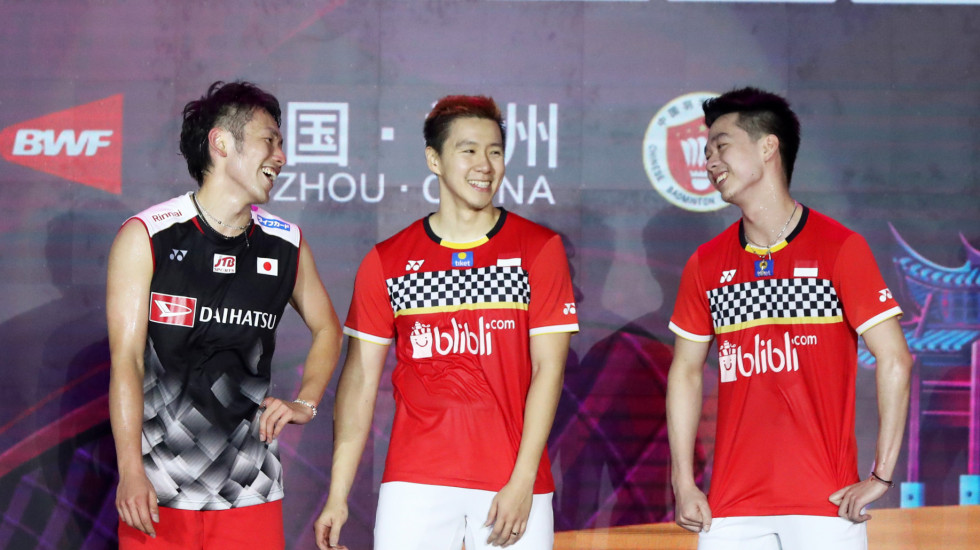 On This Day: Quartet Create a Fuzhou China Open First

The Fuzhou China Open had never seen back-to-back winners in three categories since its inception in 2005.

Prior to that, the tournament that witnessed Chinese players sweeping clean all five events six out of 15 times, had just once had sequential winners in more than one category – in 2011 and 2012 when Chen Long and mixed pair Xu Chen–Ma Jin rose to the top of the podium.

On a day of entertaining finals, Chen set the ball rolling by besting Nozomi Okuhara in a closely-fought three-gamer before an in-form Momota followed suit against Chinese Taipei’s Chou Tien Chen. The 21-15 17-21 21-18 victory handed the Japanese ace his 10th title of the season.

Indonesia’s darlings, Gideon/Sukamuljo then denied another Japanese pair in the men’s doubles final when they beat Takeshi Kamura/Keigo Sonoda 21-17 21-9.

It capped a day of firsts for the Fuzhou China Open, which also crowned its first Japanese women’s doubles winners – Yuki Fukushima/Sayaka Hirota – in the opening match earlier.

Tags: FUZHOU CHINA OPEN 2019 | ON THIS DAY IN BADMINTON