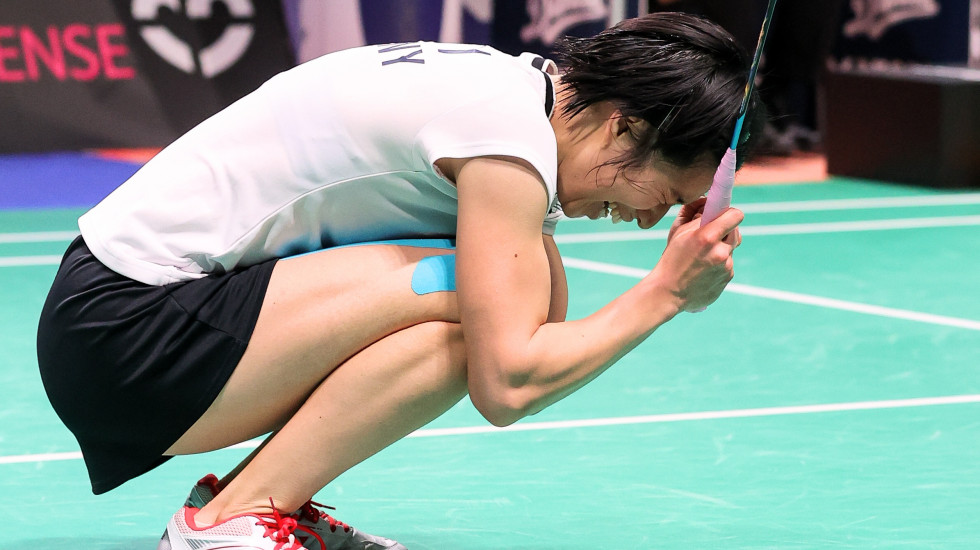 German Yvonne Lis dream run continued as she made the semifinals of the DANISA Denmark Open 2020, with her second three-game win in a row.

“I can’t really believe it,” said Li. “I knew I had a chance, but I knew the opponents are as strong as me; maybe I’m a little bit the favourite. But I played three games yesterday and today, so it was a hard fight. I’m glad that I mentally overcame such close matches. In the past, in close matches, I’ve lost more than I’ve won them. Maybe I’ve become a little more mature!”

Li faces Carolina Marin, who also struggled in her quarterfinal, against Beiwen Zhang.

The Spaniard wasn’t as sharp as usual but after she’d taken the second game, Zhang started to wilt physically and Marin pulled through comfortably in the end, 17-21 21-17 21-14.

“I didn’t feel good today at all. My movement wasn’t good and I was struggling, but I told myself to keep fighting. It is one of those days when things don’t go very well. Yesterday I played so much better. Maybe this feeling is because we haven’t played competition in many months,” said Marin.

Jorgensen Calls it a Day

Former world No.2 Jan O Jorgensen was given a warm farewell after playing his last international match. The Dane, who had announced his retirement in the run-up to the tournament, was outplayed by younger compatriot Anders Antonsen, 21-12 21-10.

“It was way too emotional, I tried my very best not to get into that stage, but when I walked on to the arena I felt this is going to be a tough one,” said Jorgensen. “It was a struggle from the beginning, but then we started playing and I tried to find a way and I think I came up with something but Anders was like a pillar and putting it back to me. I knew that my chances today were very slim. Even in practice he’s the favourite against me.

“I’m happy to have had this game and this memory from this tournament. I’ve always done all I could for winning, and I have tried to work up a spirit inside me when I wasn’t playing well. Sometimes it has made me win games where I wouldn’t have had any chance.”

Antonsen paid tribute to the fighting qualities of his senior opponent and said he found it hard to keep from being distracted.

“It was very difficult – I was really distracted. I could see in Jan’s eyes that he was really emotionally invested in the whole situation and it was difficult for me not feel that a little as well. I tried to focus on the game, but also take in this whole experience and take in this moment,” said Antonsen.