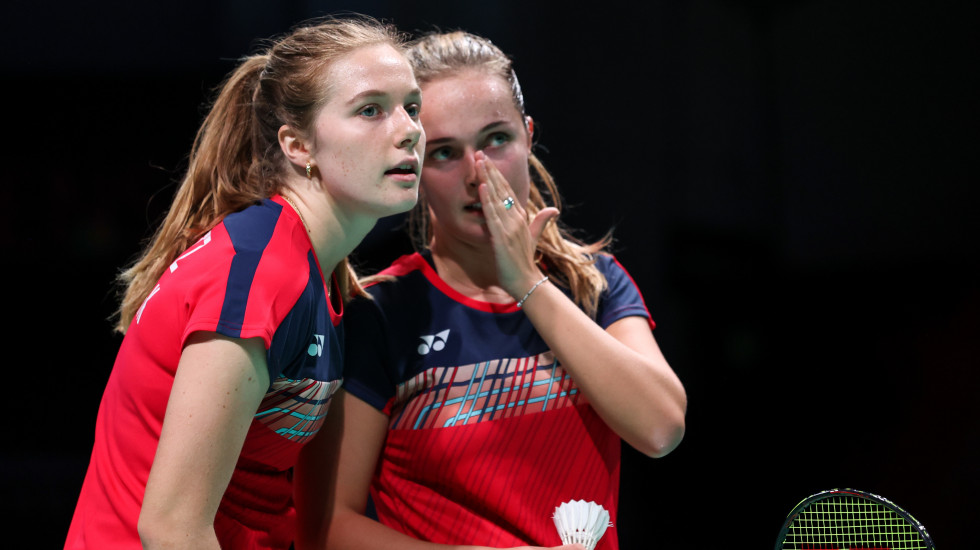 Christine Busch (right) and Amalie Schulz gave a good account of themselves in Odense.

Teenaged duo Christine Busch and Amalie Schulz were among the young Danish pairs to steal the show on quarterfinals day at the DANISA Denmark Open 2020.

The two 19-year-olds were nearly out of the opening game as they faced five game points against Scotland’s Julie Macpherson/Ciara Torrance, but a spirited spell helped them grab the advantage. They got more confident as the match progressed, and sealed their place in the semifinals, 22-20 21-19.

“It’s like a dream. We were nervous in the opening game and we were so excited to play that we were doing too much to win, and then we got calm. When we were game points down we decided to take it one point at a time and see how far we can go. Once we won that game we continued to play in the same way,” said Busch.

“It’s a huge thing to play in the semifinals, we haven’t experienced anything like this. It will be fun, so hopefully we can play a good match,” said Schulz.

They will take on top seeds Yuki Fukushima/Sayaka Hirota for a place in the final.

The Japanese had a fight on their hands against combative English duo Lauren Smith/Chloe Birch but edged through 13-21 21-16 21-19.

“We knew we didn’t have anything to lose and we tried to play a different style from what we usually play. We went for a different approach that was working in the beginning and then they figured it out. Our grit and perseverance was there but unfortunately not good enough against the best in the world,” rued Birch.

Denmark also had a lot going for them in men’s doubles, with Joel Eipe/Rasmus KjÆr continuing their spirited run, but another Danish pair, Jeppe Bay/Lasse Molhede, nearly downed Vladimir Ivanov/Ivan Sozonov. The seventh seeded Russians held off the feisty Danes 15-21 21-13 21-19.

“It was a very tough match for us because in the opening game, their tactics worked against us and after our previous two strong matches against Ireland and England, we had some difficulties,” said Ivanov.

Like the hosts, England too had a successful session, with fifth seeds Marcus Ellis/Chris Langridge and Ben Lane/Sean Vendy clinching semifinal places in opposite halves. 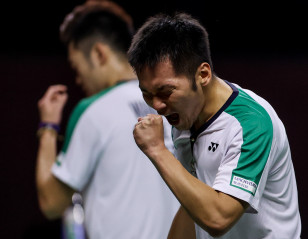 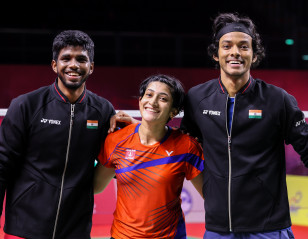 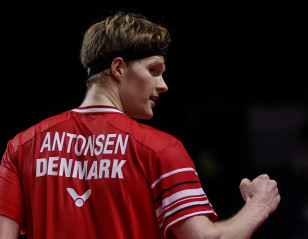