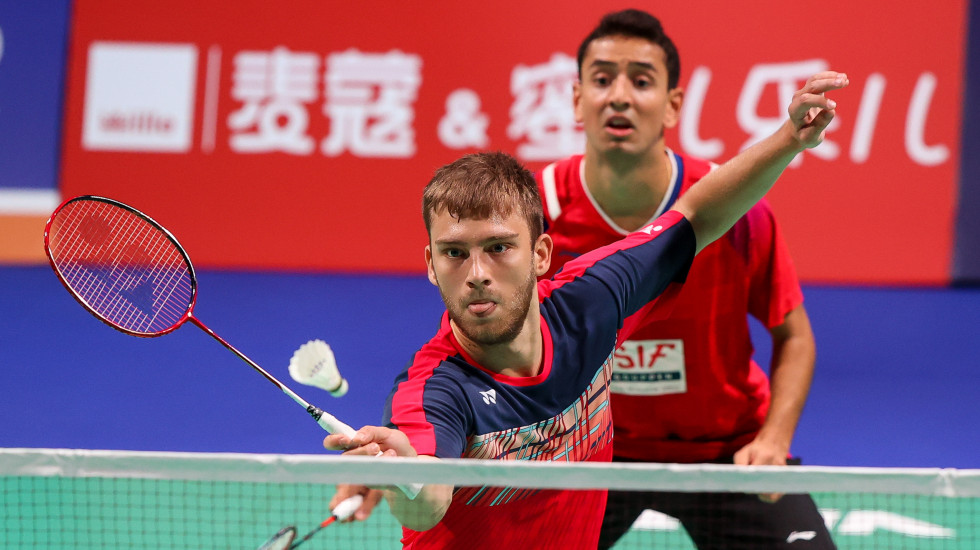 Rasmus Kjaer (left) and Joel Eipe stepped up to the plate against their higher-ranked seniors. 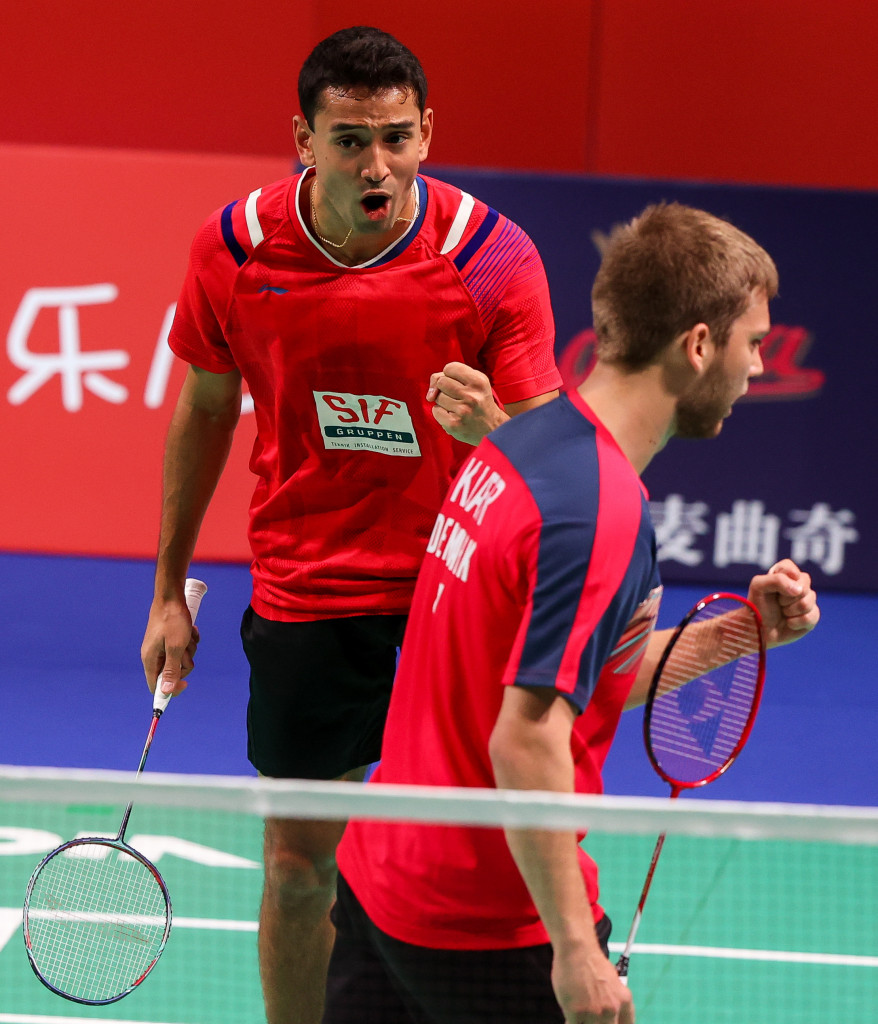 Eipe and Kjaer went into the match without a trace of being intimidated at facing their more accomplished seniors, and despite never beating them in practice. Their fearlessness was apparent both in their domination at the net, and in asserting themselves in the rallies.

A second game win for the No.4 seeds appeared to have shifted the momentum their way, but to the credit of the younger pair, they never let up on their attacking game, walking away winners at 21-18 17-21 21-16.

“Always a bit strange to play players we train with every day,” said Kjaer. “But we know that there are certain parts of the game where they are very good, and where we won’t be able to beat them, Anders at the back and Kim controlling at the front. We tried to make some changes in the first shots in the serves and receiving to get them out of their comfort zone.

“We definitely had respect for them, we know what they are capable of, but we also know our level, and we know if we play our absolute best, they had to be good to beat us. If they were at their best, we were not going to be able to beat them. We can’t control that, we can only control ourselves. We were close to our best level today, that’s what we are proud of.”

His partner Eipe added: “We didn’t expect to beat them, but we expected to step up. We train with them every day, and we haven’t beaten them once. To do it here was very nice.”

Rasmussen was disappointed that he and Astrup had played below their best.

“I think it’s pretty obvious that we played below our normal level. How and why is perhaps the best question. Nothing much succeeded for us today, the frustration just kept building. Winning the second game didn’t give us as much as hoped. We were still a bundle of nerves, we couldn’t manage to do three good rallies in a row. That put a big toll on us.”