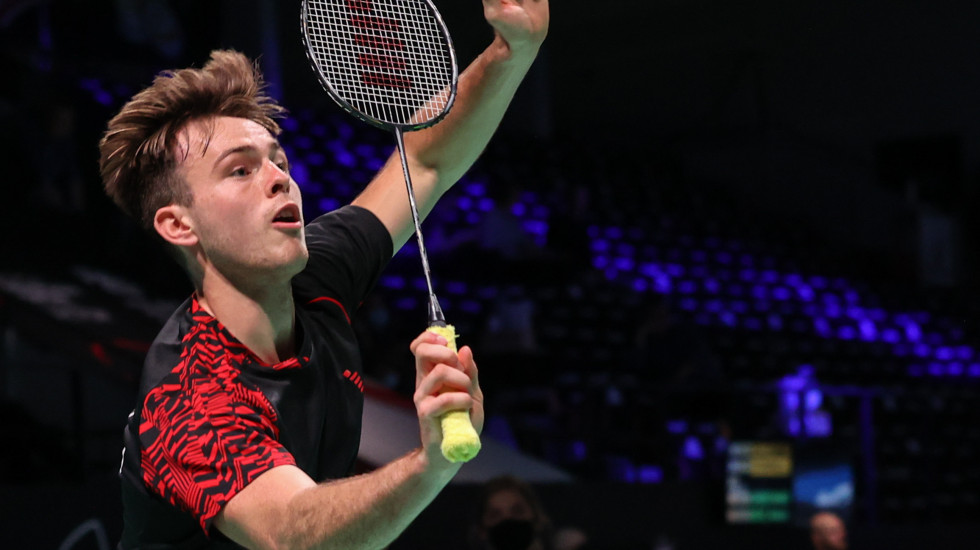 It was a good day for Dunn, as he had earlier teamed up with Adam Hall in men’s doubles to beat USA’s Phillip Chew and Ryan Chew.

“It was quite a tough game, they are an established pair. We had a strong game plan coming in, and we executed that,” said Dunn, on the win over Alimov and Davletova. “I’ve played them in the juniors, but had never beaten them. Being the better pair, there was pressure on them. We got back on court only at the start of June, but it was only one versus one. We went to Germany for one-week training camp. So having not had many sessions, we are happy with this performance.”

“It was tough on court, and we were anxious coming into the first tournament to see how we play together, because we had only a week together,” said his partner. “It does mean a lot to play in our first Super 750 tournament, especially against the fifth seeds. We’re really excited about playing the second round.”

Second seed Nozomi Okuhara raced ahead of Kirsty Gilmour in the opening game, but the Scot was combative in the second and it ended in a close finish, 21-7 21-19 for the Japanese.

“I feel special, and want to thank every fan and supporter. I did my best today. I wasn’t anxious about winning or losing. I was more focussed on playing badminton, I felt I just wanted to play and return to the court,” said the 2017 world champion.

“Kirsty is a good player, so I had to focus, and especially at the end of the second game it was a close battle. I could enjoy the match.”

Other favoured names in action were fourth seed Michelle Li – who was tested by upcoming Dane Amalie Schulz 21-18 21-13 – and seventh seed Mia Blichfeldt, who enjoyed a comfortable win over Slovakia’s Martina Repiska.

Both Anders Antonsen and Chou Tien Chen, who are seeded to meet in the semifinals, had things under control, against Ajay Jayaram and Victor Svendsen respectively.

“I thought it is important to play here. Next year is the Olympics, and I want to play at a high level. I was a little nervous, so I thought it was interesting. During the last few months we tried other things, like soccer and running, and also we had the national competition, so we could maintain our level. I was trying new things, new skills, and developing new thinking.”