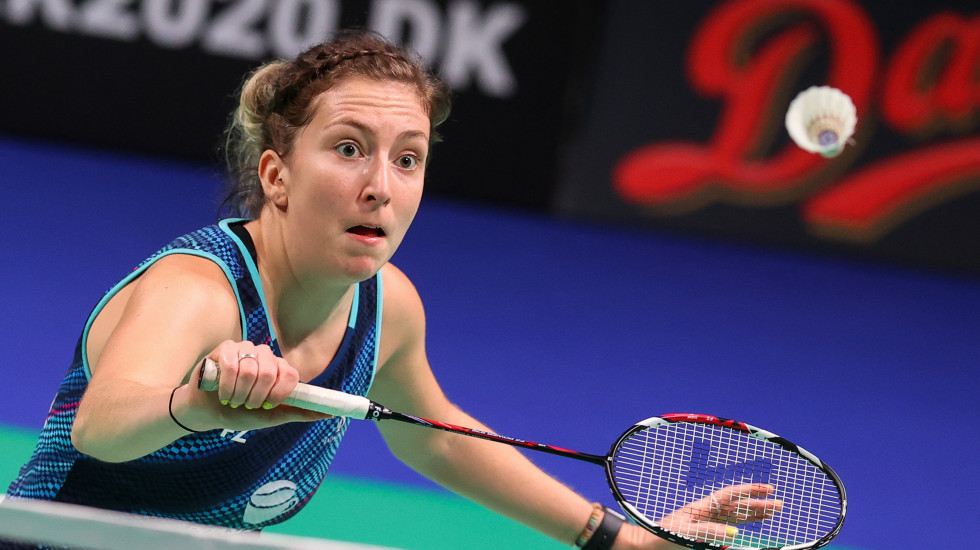 The second round of an HSBC BWF World Tour Super 750 event is always going to be a tough wall to climb, particularly so for Welsh women’s singles player Jordan Hart against second seed Nozomi Okuhara.

The 25-year-old is the first women’s singles player to represent Wales at this level and after her 21-6 21-12 loss to the former world champion at DANISA Denmark Open 2020, Hart said: “I’m just so happy to be here and experience all this, it’s amazing. I’m really lucky to be here and savouring everything.

“There was not so much pressure coming into the match. Nerves do play a part when facing someone of such calibre, but it was really enjoyable. Even if my face didn’t always look that way on court.

“I was constantly under pressure from Okuhara’s quality, but what an experience overall and it’s not something I will get to do all the time.”

To represent Wales at the World Tour didn’t appear to overwhelm Hart as she came into the competition on her own.

“It’s a weird one,” Hart revealed, adding: “I’m by myself here. My coach was unable to come. I’m proud to play for Wales and even prouder to see the Welsh flag at these types of tournaments. I hope this can only continue and I can come back to compete.”

Without the right resources in Wales to train, Hart moved to Poland just last week to be part of the Polish National Centre to continue working with her coach Steve Butler. It is quite a move and a culture shock for the Loughborough University graduate to shift from Coventry, England.

“I’m so grateful they have welcomed me and allowed me to be part of their set-up and train with them. Last week was my first week of training and I really enjoyed it. I’m looking forward to going back and putting in some hard work with the Polish players.”

Talking about the safety measures implemented at Denmark Open, Hart said: “It’s fantastic to be able to play competitions again.”