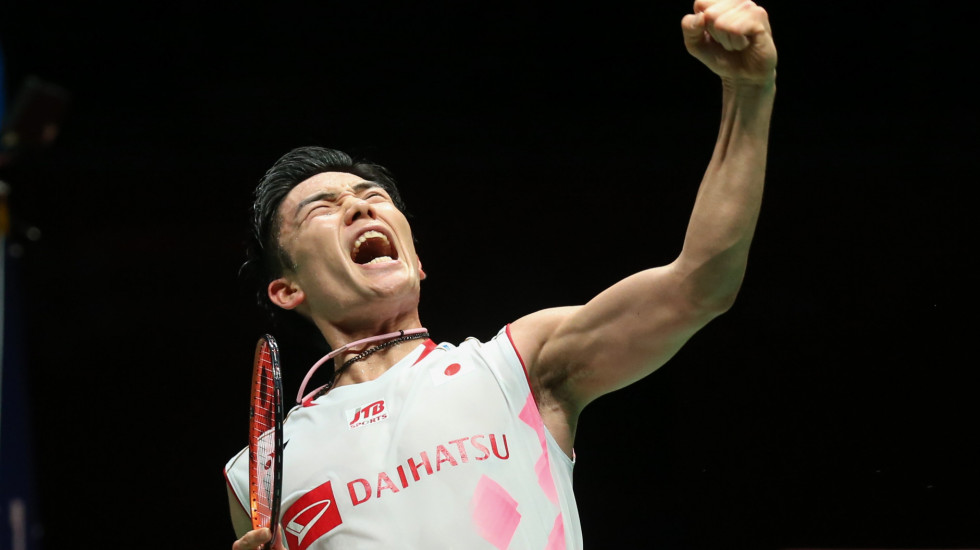 Kento Momota, Anders Antonsen, Carolina Marin and Akane Yamaguchi are among a host of big names set to compete at the DANISA Denmark Open 2020, the first top-level badminton event in seven months.

When the Denmark Open starts on Tuesday 13 October 2020, it will mark a milestone in BWF and its partners’ attempts to get badminton going once again. Hosted in Odense, the Denmark Open is a HSBC BWF World Tour Super 750 event offering prize money of US$750,000. Although a few top teams such as China, Indonesia and Malaysia have withdrawn, the tournament won’t be lacking for star power. Adding to the excitement of fans will be the possibility of upsets given that players haven’t had any taste of international competition for several months now.

Leading the pack in men’s singles will be defending champion Kento Momota, who began the year brilliantly with victory at the PERODUA Malaysia Masters, only to be hospitalised after a serious accident on his way to the airport in Kuala Lumpur. Momota has reportedly recovered well, but having missed the DAIHATSU Indonesia Masters and the YONEX All England, the world champion will be hoping that he hasn’t lost his edge in the intervening period.

Heading the bottom half of the draw will be Chinese Taipei’s Chou Tien Chen, runner-up to Viktor Axelsen at the All England.

Axelsen himself will be missing in action as he had a minor surgery on his right ankle. The Danish challenge will therefore be led by his younger compatriot Anders Antonsen, who limped out of the All England semifinal but has since recovered well.

Among those who will look to the Denmark Open to script a turnaround will be Kidambi Srikanth, winner in 2017, but who has over the last two years displayed patchy form.

Also in the reckoning are his compatriots Parupalli Kashyap, Lakshya Sen, Subhankar Dey and Ajay Jayaram, all of whom can cause ripples in the draw.

In women’s singles, Akane Yamaguchi – winner in 2016 and runner-up the next year – will look to head off the challenge from her compatriots Nozomi Okuhara, Spain’s Carolina Marin, Canada’s Michelle Li and USA’s Beiwen Zhang.

Marin had a strong start to the season, making at least the semifinals of all five of her events; the Spaniard will be motivated by the fact that she has yet to win the Denmark Open, one of the few major titles that has eluded her.

While the spotlight will be on Yamaguchi, Okuhara and Marin, any upset early on could throw the draw wide open, and players like Saina Nehwal, Mia Blichfeldt, Michelle Li and Beiwen Zhang will sense their chance.

Japan hold the aces in doubles. Yuta Watanabe/Hiroyuki Endo, who pulled off a thrilling win in the All England final, are favourites.

Other top contenders include compatriots Takeshi Kamura/Keigo Sonoda — whose last major win was in April last year at the Singapore Open; Chinese Taipei’s Lee Yang/Wang Chi-Lin and Denmark’s Kim Astrup/Anders Skaarup Rasmussen – who will be keen on proving a point or two on home soil.

In women’s doubles, the favoured names are Japan’s Yuki Fukushima/Sayaka Hirota and world champions Mayu Matsumoto/Wakana Nagahara. Compatriots Chiharu Shida/Nami Matsuyama are seeded third, and it will be something of a surprise should the Japanese fail to come away with the title.

Bulgaria’s Stefani Stoeva/Gabriela Stoeva are also prime contenders. Danish pair Maiken Fruergaard/Sara Thygesen made an impact at the Indonesia Masters, falling in a close final, and will sense their opportunity to land their biggest title yet.

Marcus Ellis/Lauren Smith are seeded second in mixed doubles. Having won the Princess Sirivannavari Thailand Masters and made the semifinals of the All England, their confidence is likely to be high.

All in all, there are plenty of big names across all categories to guarantee an entertaining week in Odense!