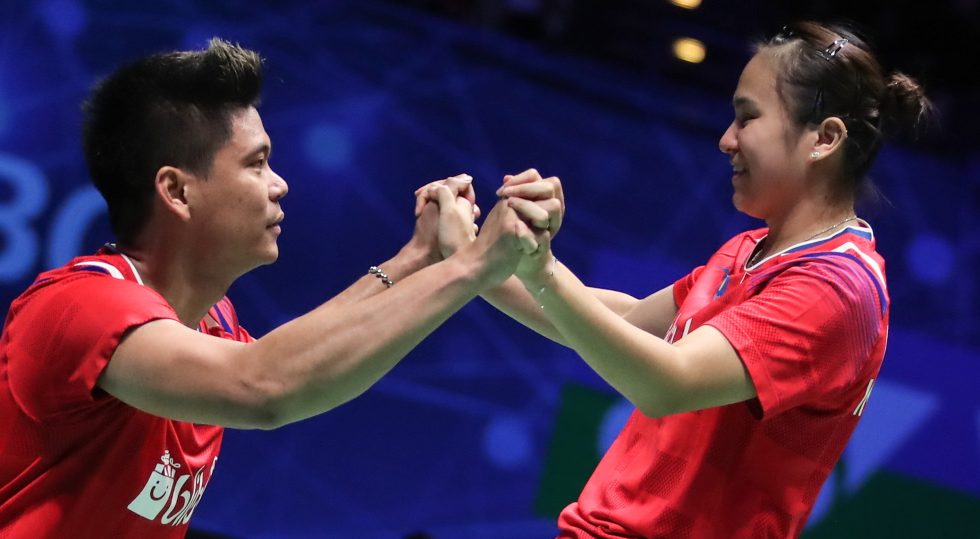 All England: Jordan/Oktavianti Are Unstoppable

Thailand will have to wait for their first-ever mixed doubles title at the YONEX All England.

Dechapol Puavaranukroh and Sapsiree Taerattanachai carried Thailand’s hopes into the title clash on Sunday, but were blown off course by the hard-hitting Praveen Jordan and his composed partner Melati Daeva Oktavianti. The Indonesians claimed the crown in just over an hour, 21-15 17-21 21-8.

It was mostly Jordan’s show all the way. Oktavianti was efficient and offered him requisite support, but it was his blistering power and virtuosity that gave the Indonesians the ability to pick winners at will.

Jordan isn’t the most consistent of players, and so Thailand were always in with a chance if they could get the rallies going. His service faults and inconsistencies briefly surfaced in the second game, enabling the hard-working Puavaranukroh and Taerattanachai to force the decider.

All it took to snuff out their challenge was another inspired spell by Jordan early in the third. Between all the big hitting, there were two gems that he unleashed, catching the Thais by surprise – both were rasping crosscourt slaps that dissected the Thais and landed in the far corners. In a trice it was 10-2 and the Thais were left trailing in the dust.

“Certainly we’re proud to be champions here, because this was one of our goals from childhood. Who doesn’t want to be All England champion? All badminton players, if asked, would want to win the All England, the World Championships and the Olympics. Thank God one of my dreams came true,” said Oktavianti.

Her partner talked of how the Indonesians got back into the match after losing the second game.

“They are a strong pair. In our second game we made some strategic mistakes, we waited too long. In the third game we switched again to early attack. We brought them to our style, and they weren’t moving too well,” said Jordan.

Jordan thus had his second All England title – he’d won in 2016 came with Debby Susanto – while Oktavianti had her first. The Indonesians added the All England to their two other top-tier titles, the Denmark Open and the French Open that they won last year.