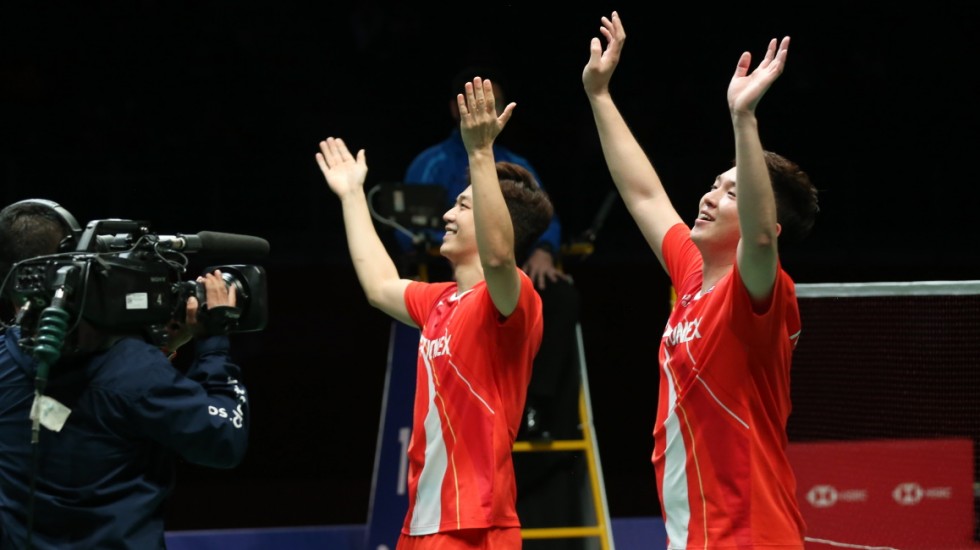 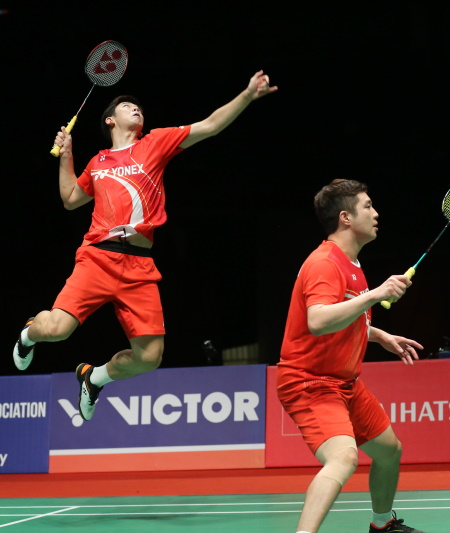 Lee Yong Dae and Kim Gi Jung capped a stunning return to the elite level, winning their first top-tier title as a pair by clinching the PERODUA Malaysia Masters 2020 today.

Yesterday, after beating Fajar Alfian and Muhammad Rian Ardianto, Lee promised that, given the heavy attack of the Chinese in the final, they would base their game around the net. That’s exactly what they did today, playing with soft hands at the front and denying Li and Liu the pace at which they excel.

Denied the open game, Li and Liu struggled to impose their rhythm on the match. With the change in ends in the second game, their fortunes turned brighter and they briefly stayed in the hunt as they stepped up to counter the Koreans.

Still, the Koreans had the experience and the variety to keep the Chinese guessing; on the occasions that the Chinese got the attack, the Koreans displayed the sterling defence they’re renowned for. Unable to find a way to break them, Li and Liu cracked, allowing the Koreans a more comfortable passage than they might have anticipated.

“This is our first Super 500 title and also the first tournament of the year, it feels great,” said Kim. “Last year we weren’t able to play and train as much as we wanted to. The fact that we have been able to win this week has made it comfortable for us in our mind.”

“As Li and Liu are very tall and drive and smash very well, our netplay was the key. That did work very well. Also, the crowd was behind us and that made it difficult for the Chinese to play their game. I’ve played in Malaysia many times, but this time it seemed like the cheering was some of the best. When we came to the hall the cheering gave us a boost and it made us want to win the tournament. That we were able to win makes us want to thank the crowd that much more.

“In 2020 this is just the first tournament. We want to make sure we play without injuries. This is an Olympic year, we don’t have the points yet, but there is still time. We’re going to keep training and working hard and see what we can do in the rest of the season.”

The world No.10 pair were surprise finalists, and they grabbed the opportunity with a composed performance over Du/Li, with their big smashes proving particularly effective.

“This is very exciting!” said Zheng. “It is our first title. In the first game we were trailing and it felt like a rollercoaster. I must thank my partner for constantly encouraging me throughout the match.”

“We didn’t think too far ahead,” her partner stated. “I wasn’t nervous today. We kept encouraging each other.”

The year started on a perfect note for Zheng Si Wei/Huang Ya Qiong, who had completed 2019 with the HSBC BWF World Tour Finals title. Today they needed just 35 minutes to dismiss their closest challengers, Wang Yi Lyu/Huang Dong Ping, 21-19 21-12.