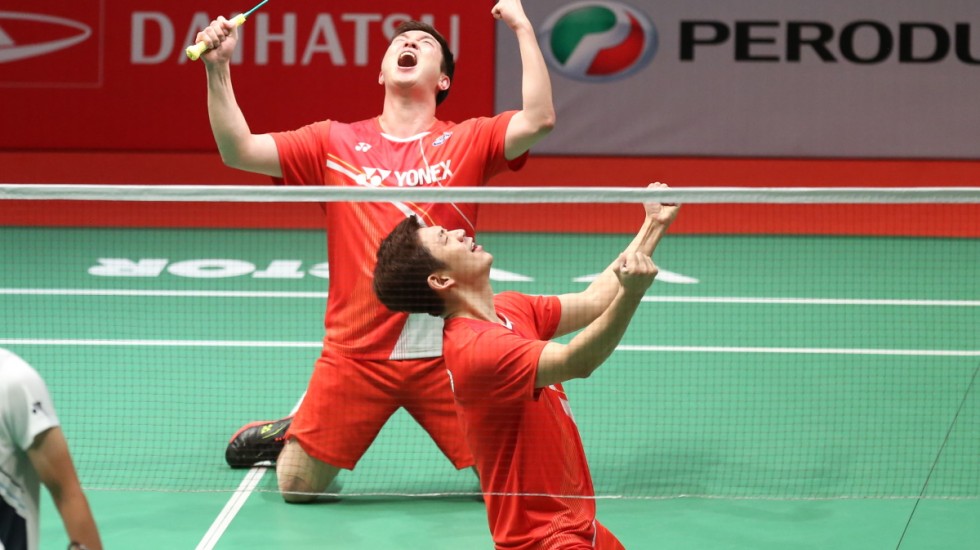 Lee/Kim Back on the Big Stage – Malaysia Masters: Day 5 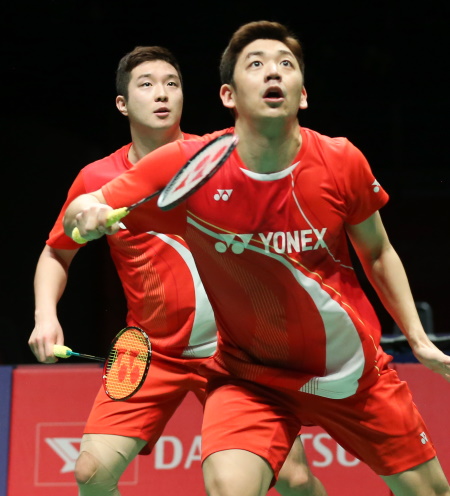 Lee Yong Dae and Kim Gi Jung revived memories of their golden years as they made their first top-tier final since starting their second innings as a pair.

The Koreans, who had both won Superseries with different partners before easing off the circuit for a while in the aftermath of the Rio Olympics, achieved their best result since pairing up in 2018 by beating fifth seeds Fajar Alfian and Muhammad Rian Ardianto in the semifinals of the PERODUA Malaysia Masters 2020 today.

Having lost the first, they trailed all through the second game before catching up at the end. With their strong defence and control of the front court, they were able to control the tempo of the decider, pulling ahead 14-21 21-19 21-15.

“It’s great to get back into the final of a Super 500 event,” said Lee Yong Dae, who had retired in 2016, only to come back in 2018. The two titles Lee and Kim won that year were the Macau Open and Barcelona Spain Masters, both Super 300 events.

“Especially, it feels everything’s changed with the new year. With every match, things have been going better. Even though we’ve been playing difficult matches, it’s been working for us.”

“The Chinese are good at drives and at attack. So we’ll try to concentrate on our netplay. If we can play well at the net, we have a chance,” said Lee.

Alfian and Ardianto’s loss summed up a disappointing day for Indonesia after the loss of Mohammad Ahsan/Hendra Setiawan and Greysia Polii/Apriyani Rahayu. Ahsan and Setiawan were involved in an hour-long tussle with Li Jun Hui/Liu Yu Chen; the world champions missed two match points in the tense clash as they went down 22-20 19-21 24-22.

“We gave our best, but we have to admit they were better today. Their drives were bolder and kept pressing us. This time they didn’t make many mistakes,” Ahsan said.

World champion Kento Momota motored on to his third straight final, holding off local hope Lee Zii Jia 21-10 21-19. He will go into the final with a 13-1 record over Viktor Axelsen, who kept his clean slate against Ng Ka Long Angus with his eighth victory on the trot over the Hongkonger.