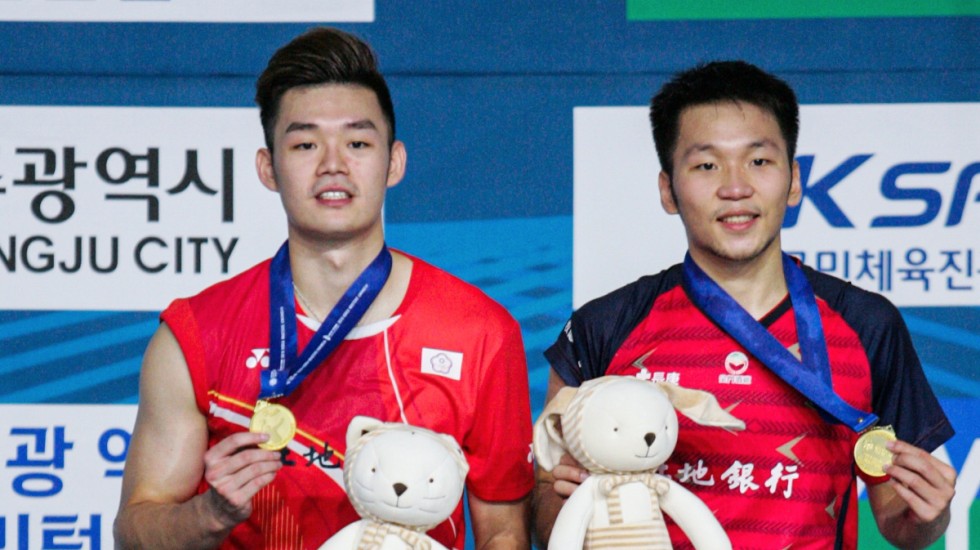 Malaysia’s Goh V Shem and Tan Wee Kiong narrowly missed out on a spot at the HSBC BWF World Tour Finals 2019 after they lost a tense final at the Gwangju Korea Masters 2019 yesterday to Lee Yang and Wang Chi-Lin.

Lu/Yang needed a first-round win to clinch their place in the Finals, which they did by beating local pair Kang Min Hyuk/Kim Jae Hwan.

It was then between the two Malaysian pairs. Goh/Tan, who started the event 3,490 points behind their compatriots, needed to finish three rounds ahead of Chia/Soh to clinch the eighth and final spot in the Race to Guangzhou Rankings.

The Malaysians nearly pulled it off. They beat Kim Gi Jung/Lee Yong Dae in the second round, young Chinese pair Di Zi Jian/Wang Chang in the quarterfinals, and recent Hong Kong Open champions Choi Solgyu/Seo Seung Jae in the semi-finals – all in three games.

They staged a dramatic escape from two match points down to Lee Yang/Wang Chi-Lin in the final, only to ultimately fall narrowly from 19-all in the third game to the Chinese Taipei pair, 21-19 20-22 21-19.

In women’s singles, An Se Young beat senior compatriot Sung Ji Hyun for the first time in four matches, 21-13 21-17. The fastest-rising star in badminton, just 17 years old, picked up the fifth title of the season with another sensational week during which she did not drop a game in five matches.

Tsuneyama overcame Kidambi Srikanth in the second round, qualifier Kim Donghyun in the quarterfinals, and Lu Guang Zu in the last four.

The fifth seeds enjoyed a strong run during the week, not dropping a game in five matches.

Women’s doubles was an all-Japan clash, with Nami Matsuyama/Chiharu Shida stopping their seniors Misaki Matsutomo/Ayaka Takahashi 15-21 21-17 21-18 for their second title of the year after the US Open. Matsutomo/Takahashi’s loss meant that they haven’t won a title since the Indonesia Masters in January.