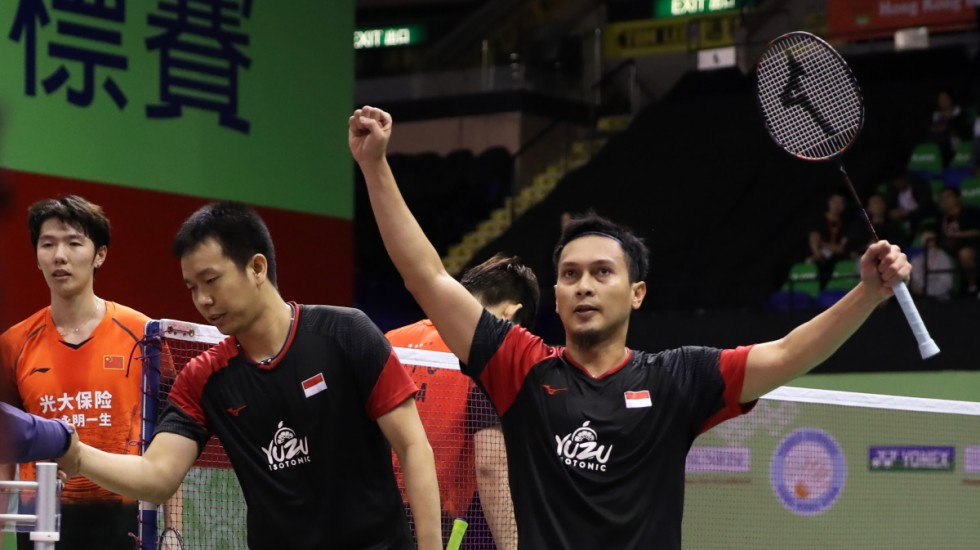 Mohammad Ahsan and Hendra Setiawan progressed to their tenth final this year beating Li Jun Hui and Liu Yu Chen in the semifinals of the YONEX-SUNRISE Hong Kong Open 2019 today.

The ‘Daddies’ had a bit of a roller-coaster ride, but tightened their game in time to frustrate Li and Liu for the third successive time, 21-13 16-21 21-16. Ahsan and Setiawan improved their overall record to 6-7 against the Chinese. 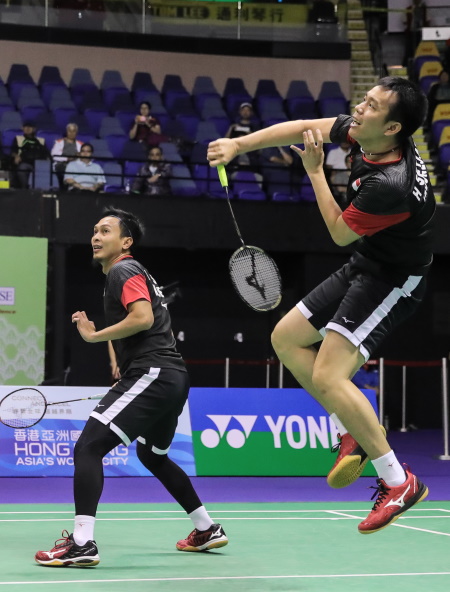 The Indonesians were razor sharp through the early part, excelling in the serve-return exchanges and denying their opponents any breathing space. At 14-10 in the second it was all going well for them, but a Setiawan serve into the net suddenly turned the tide. The Chinese overtook them with seven straight points to run away with the game.

Things were close again in the decider, but once again it was the superb opportunism of Ahsan and Setiawan at the front court that swung the match their way from 14-16 down. Li and Liu were left clutching at straws as the Daddies pocketed the last seven points.

“We had to focus on the serves to win the attack. Their attack is stronger than ours and we would have been under pressure if we lifted,” said Ahsan. “We trailed by a couple of points in the third game but we thought there was still time to catch up.”