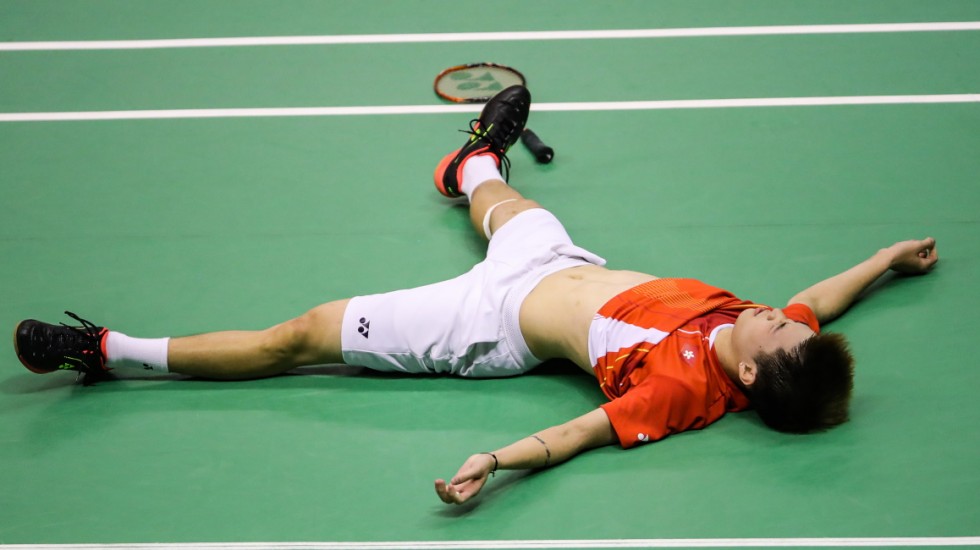 Lee Cheuk Yiu pulled off one of the biggest upsets of the year with his straight-games takedown of seventh seed Viktor Axelsen in the quarterfinals of the YONEX-SUNRISE Hong Kong Open 2019 today.

The 21-14 21-19 victory saw him repeat his semifinal performance from last year’s Hong Kong Open. Lee will take on Kidambi Srikanth for a place in the final.

The odds were stacked against the local lad, but Lee came with a plan and executed it to perfection. Nearly all his smashes were within inches of the sidelines; the follow-up to the net was quick and decisive; to keep Axelsen guessing, he frequently mixed his hard hits with softer drop shots.

The Dane somehow never found his element. The first sign that he was rattled came when he made three successive errors for Lee to go 14-9 up. The Hongkonger didn’t let the occasion get to him and he kept his foot on the pedal to take the first game at 14.

Axelsen rebounded strongly in the second; the point was invariably his when the shuttle was in range for his smash. His opponent however stayed in the hunt with his well disguised drop shots and accurate smashes. Axelsen would have expected to leverage his experience at the end of the second game, but it was the Dane who made the mistakes – smashing wide to give Lee match point, and then smashing into the net to allow Lee the biggest moment of his career.

“My opponent played very well today and I didn’t control the shuttle under the conditions, so of course very disappointed about that. I had problems reading his shots,” said Axelsen.

Lee Cheuk Yiu, who has had a dream Hong Kong Open so far – he beat Sitthikom Thammasin in the first round and third seed Shi Yu Qi in the second – admitted he’d been a bit lucky in the end.

“The fans made a big difference,” said Lee. “The pressure was on him; I only thought of pressing forward all the time. He’s so much taller than me, so I had to be aggressive. I wouldn’t have a chance if he got a big lead.”

“I was very nervous at the end, and each time I hit in the air I was worried about his smash, but luckily on the last point he smashed into the net.”