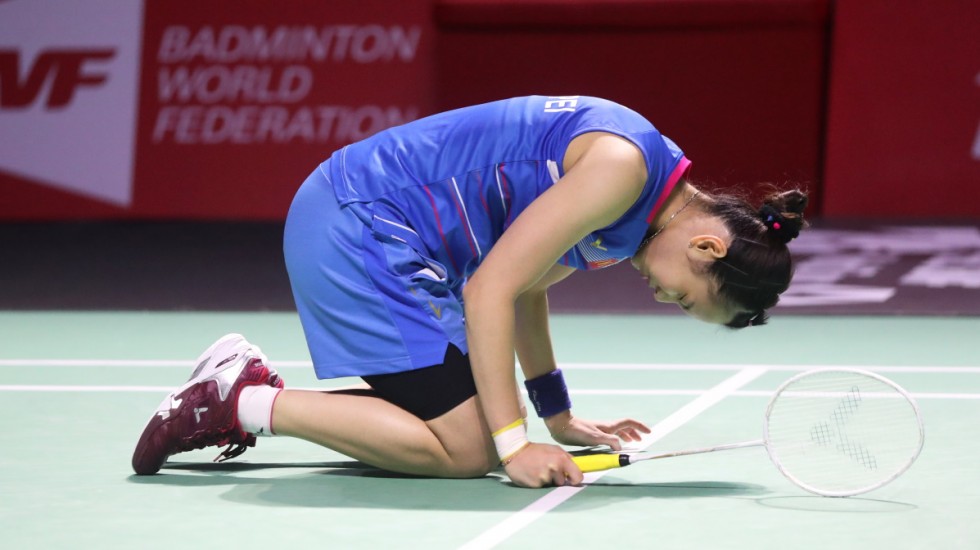 Tai Bows Out With Knee Injury

A left knee injury that Tai Tzu Ying picked up at the French Open put paid to her campaign in the semifinals of the Fuzhou China Open 2019 today against Nozomi Okuhara.

The top seed retired during the mid-game interval of the third game, with Okuhara leading 19-21 21-12 11-6. The Japanese, who is in her sixth final of 2019, will have the opportunity to pick up her first title of the season when she takes on either Chen Yu Fei or Michelle Li. 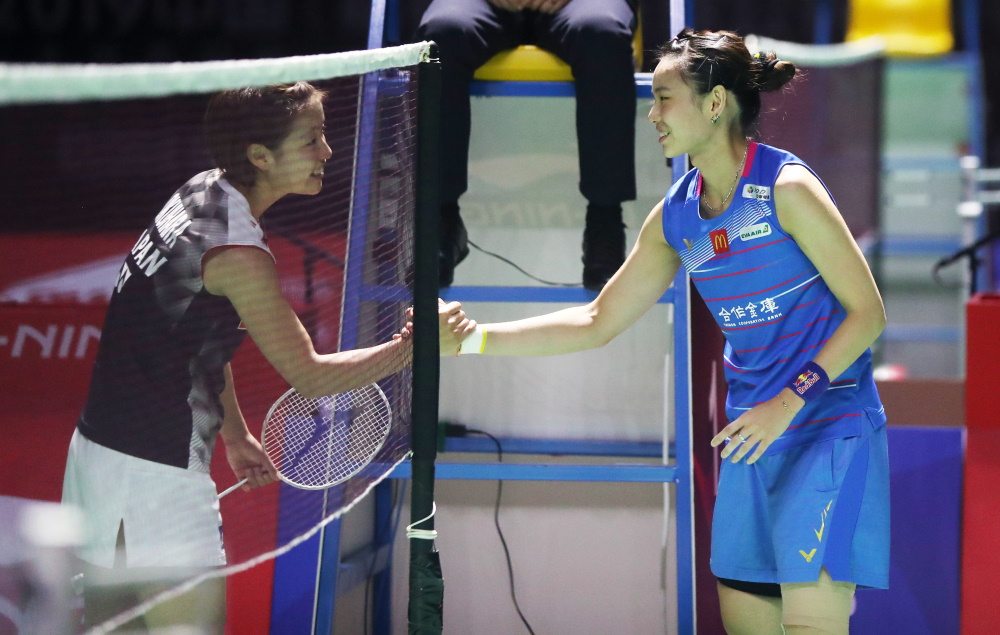 The first semifinal lasted 53 minutes – most of it showcasing Tai’s versatility in shot-making, and equally, her profligacy. The world No.2 was generous in gifting away points, many of it hard-earned, with shots wide of the lines. While Okuhara was her steady, consistent self, she would have been heartened by the sheer number of points that her opponent leaked.

Yet, it was quite a tribute to Tai’s abilities that she did manage to edge past Okuhara for the first game, having clamped down on her mistakes at the end. But the errors continued to mount in the second game, and the first hint that something was not all right with her physically came when she let a net shot fall unchallenged.

“It’s my knee, I haven’t feeling good since the French Open. The injury has persisted this week, and I have not been playing in my best condition here,” said Tai.

“I need to rest but there was no gap so I did not have time to let my knee rest and recover. I got a week after the French Open before coming here. It’s very painful and I’m afraid of aggravating it.”

Highlights | @nozomi_o11 🇯🇵 progresses to the final of the Fuzhou China Open after battling against a wearied Tai Tzu Ying 🏸#HSBCBWFbadminton #HSBCRacetoGuangzhou pic.twitter.com/Bs11fABNOd

Okuhara said she wasn’t too happy at having made the final in this manner.

“I’m not happy right now but I will try to win tomorrow. Every time I want to get the title, but maybe I think too much. Maybe I should approach it with lesser expectations and not focus on winning the title. I will try a simpler approach.”

There was another fitness scare in the second match, when Zheng Si Wei had a nose bleed after the first game. After being tended to, however, Zheng didn’t skip a beat as he and Huang Ya Qiong powered past Goh Soon Huat and Shevon Lai Jemie, 21-16 21-10.

The Chinese are in line for their seventh title of the year.