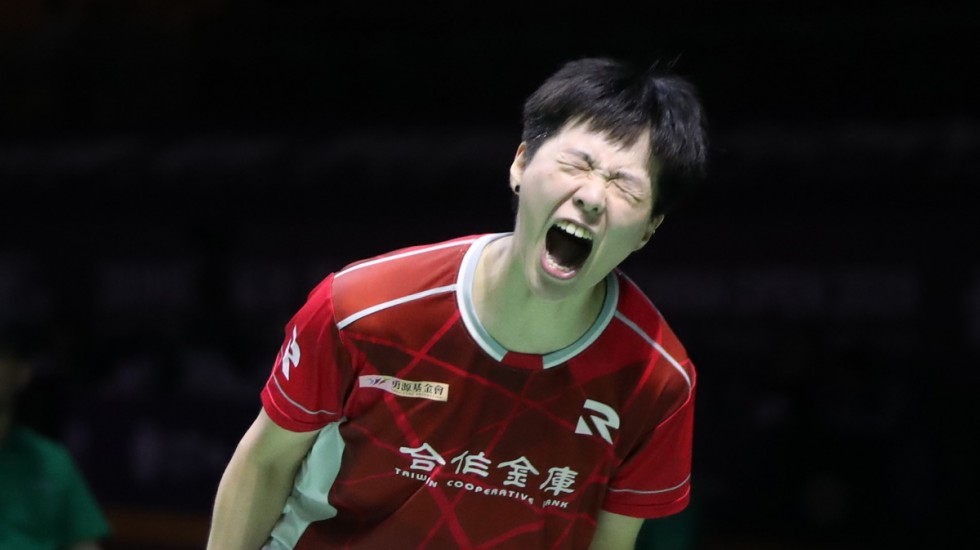 Olympic champion Carolina Marin‘s bid for a second straight title in China came to an early end as she retired in the first round of the Fuzhou China Open 2019 today against Tai Tzu Ying.

Marin – who beat Tai in the VICTOR China Open final in September just eight months after a serious injury – complained of fever and throat infection following her retirement from the match while trailing 21-16 13-1.

World champion Pusarla V Sindhu was another high-profile casualty. The Indian lost her way at the end of a see-saw battle against Chinese Taipei’s Pai Yu Po, who claimed one of the biggest victims of her career. Pusarla did well to bounce back from 3-11 in the decider to lead 18-15, but her opponent was equal to the occasion and claimed six of the last seven points to win the match on the 74th minute.

The closest match of the day featured local pair He Ji Ting/Tan Qiang against Russia’s Vladimir Ivanov/Ivan Sozonov. In a tense ending, He/Tan overcame four match points to clinch their second round spot with a 22-20 13-21 27-25 victory.

Takuro Hoki/Yugo Kobayashi haven’t cleared the first round in their last four tournaments after reaching the final of the TOTAL BWF World Championships in August. Their run of poor form continued, as they crashed out of their fifth straight first round match; the Japanese falling to home duo Han Cheng Kai/Zhou Hao Dong 19-21 21-16 21-16.

French Open semifinalist Anthony Ginting fell in rather tame fashion to Hong Kong China’s Ng Ka Long Angus, 21-18 21-9. Ginting’s familiar rival and defending champion Kento Momota got through his opening challenge in lesser time than he might have anticipated as his opponent Liew Daren retired after the first game complaining of fever.

Others to progress in men’s singles included Denmark’s Jan O Jorgensen and Rasmus Gemke at the expense of Khosit Phetpradab and HS Prannoy respectively.