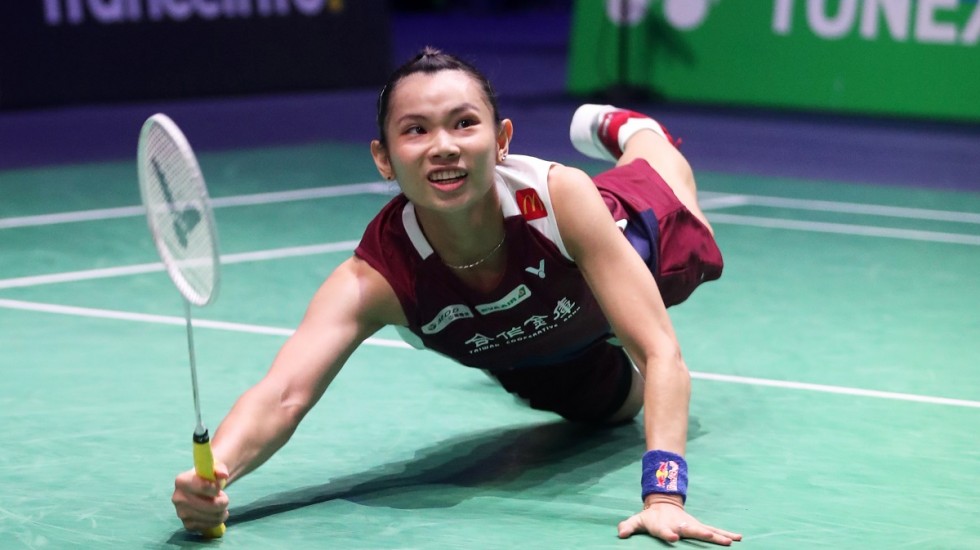 Tai Tzu Ying appeared to battle fitness problems but was still one of the best players this season.

World No.1 Tai Tzu Ying and world champion Pusarla V. Sindhu put on a show of the highest order for the Paris faithful in a thrilling night of women’s singles at the YONEX French Open 2019.

Nothing separated the pair as they engrossed themselves in an intriguing contest worthy of a final.

Both demonstrated a supreme level of skill, athleticism, and accuracy to their shot-making. The blocks were extraordinary, the saves unbelievable and the variety of attack delightful.

At certain stages it was perfection.

“There were a lot of long rallies. Sindhu was able to curb my power well. So, I had to make sure I cut down on my unforced errors and find other ways to win points,” said Tai after.

Last week’s champion had the better of the first game taking it 21-16.

She carried that momentum into the second and at one point looked destined to wrap it up in two. But Sindhu’s world champion qualities shone through and she delivered her own array of magical strokes to take it 26-24.

Both nursed niggles from there on in with Tai struggling with a back injury that she had treatment for at the break and Sindhu landing awkwardly on her left ankle at 4-4 in the third.

In the end, it was the Chinese Taipei superstar that prevailed, taking the decider 21-17. Tai later explained that her injury had hampered her a lot more than she had let on.

“Coming into this tournament I was not feeling great. I had a bit of pain in the back. During the match, it got worse and that’s why I asked for treatment during the match. It did start to affect me in that third game.”

She has 24 hours to recover she faces a stern task against Spain’s Carolina Marin in the semifinals.

Marin had her own epic battle against Thailand’s Ratchanok Intanon. The Olympic champion recovered from a second game blip to prevail 21-18 17-21 21-14 in 73 minutes.

Hiroyuki Endo and Yuta Watanabe might have been half the size of yesterday’s quarterfinal opponents Li Jun Hui and Liu Yu Chen, but they certainly made up for it with double the fight and double spirit.

When quizzed on the secret to their 21-12 18-21 21-9 success over the giant Chinese pair, Watanabe said: “Our opponents have very good attacking shots. They smash a lot. We have to be ready, have good control and be more patient.”

It will be more of the same for the Japanese tomorrow as they face the exciting young Indian pair Satwiksairaj Rankireddy and Chirag Shetty. While not quite as tall it will be a similar approach from them.

Watanabe added: “[Our game plan] will almost be the same. They have a very good one-two attack. We need to play very fast and don’t give them opportunities.”