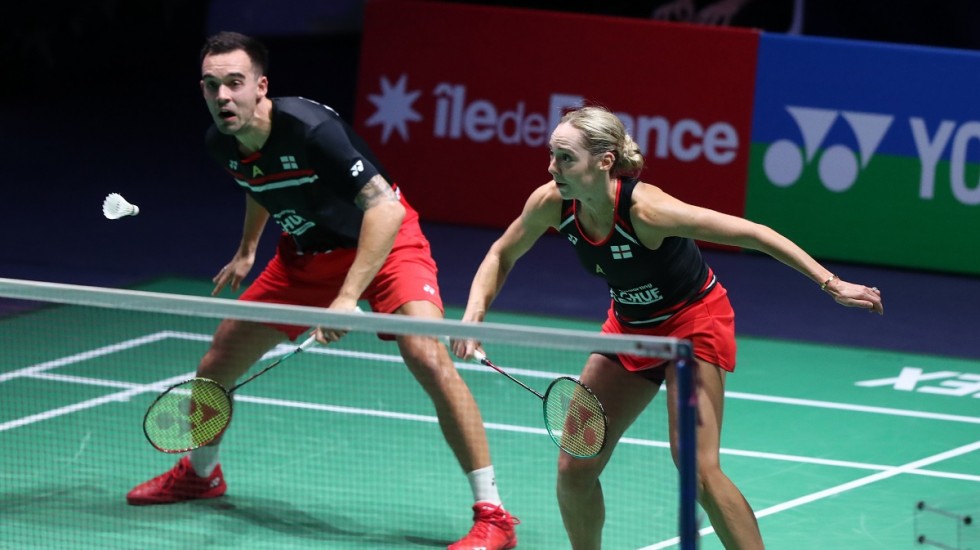 Daylight at the end of the tunnel for Chris and Gabby Adcock.

Has the penny finally dropped for England’s Chris Adcock and Gabrielle Adcock?

By their own admission, it’s been a tough run. As Chris put it post-match last night: “We were going so well and then all of a sudden we had this blip.”

But now that seems a thing of the past as the couple progressed to their first quarterfinal of the HSBC BWF World Tour season since the Indonesia Open in July.

Highlights | The Adcocks come out flying in the decisive game to claim a spot into the quarterfinals 🏸#HSBCBWFbadminton #HSBCRaceToGuangzhou pic.twitter.com/ulbgVzIRg1

“Last week we were just as passionate and driven and it just didn’t click,” said Gabby.

“It’s been so frustrating because in training it’s been going really well and we have felt really good but as soon as we get to the court we freeze and tense up because we’re thinking that we haven’t been playing well so it’s been hard to translate that good feeling.

“But today we thought, ‘forget about everything else, let’s just play’. So, we really went for it and we stuck together and it feels fantastic to know that we can still play well.”

They say their newfound fire is all down to one man, Denmark’s London 2012 bronze medallist Joachim Fischer Nielsen.

“He has put fire in our bellies for sure. Everyone knows how intense he was as a player. You feel the energy from him behind the court and when we’ve been training with him,” said Chris.

“He’s obviously a fierce competitor and we needed that fierceness today. It’s early days with him but we’re really enjoying it.”

Gabby added she’s even sometimes amused by his show of support.

“With the amount of stuff that he’s shouting out there, I’m laughing a lot because I’m like, ‘man, this guy is intense’.

“He just keeps coming, and I keep on laughing. But I guess if he makes me smile and it makes me play better, then perhaps that’s what I need.”

The Adcock’s now play Japan’s Takuro Hoki/Wakana Nagahara for a place in the YONEX French Open semifinals. A win will give them a much-needed boost up the rankings.

“Joachim has got us back on track. It goes back months and months. We just haven’t felt right.

“So, bringing in something new, having a bit of a freshen up has helped us a lot, and hopefully long-term we can keep it up and keep on progressing,” said Chris.