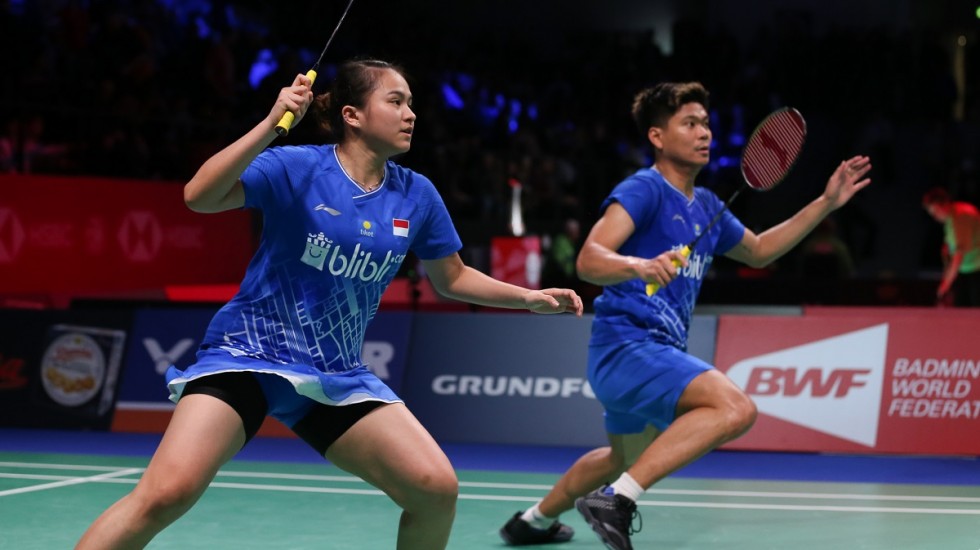 Oktavianti and Jordan secured their first win over Zheng and Huang.

The mixed doubles draw at the DANISA Denmark Open 2019 has opened up with world No.1s and reigning world champions Zheng Si Wei and Huang Ya Qiong knocked out by Indonesia’s Praveen Jordan and Melati Daeva Oktavianti.

Jordan and Oktavianti used the quick shuttle speed to their advantage as they peppered the top seeds – in particular, Zheng on the midcourt who was often court off guard and forced into errors.

“We are very happy. We always try to fight in every match against them, and finally, we made it.

“We have tried to learn their weaknesses and after six times facing them, we were able to get past their defenses.

“We haven’t finished yet. It’s only the semifinal. We want the title,” he said.

“We have met them before. Tomorrow we must maintain the motivation, use the conditions and focus more,” said Jordan.