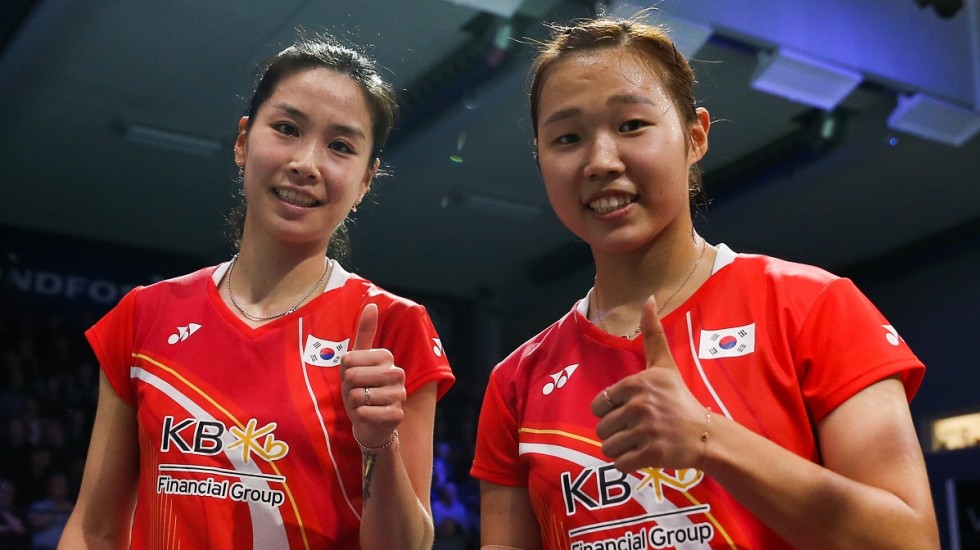 Korea has another promising women's doubles pair in the making.

Korea has another women’s doubles partnership to rival the dominance of Japan and China with Baek Ha Na (19), and the experienced Jung Kyung Eun (29), winning through to their first major final together on the HSBC BWF World Tour.

They used the fast speed of the shuttle to their advantage as they threw Japanese world champions and top seeds Mayu Matsumoto/Wakana Nagahara off their game. The final score reading 19-21 21-12 21-15.

Jung, who has made two previous finals at the DANISA Denmark Open with former partner Shin Seung Chan, including victory in 2015, said it was great to be back in Odense and playing well.

“Something fits well with me here in Denmark. The atmosphere is great and I think we can play well in the final, too.”

Baek, a world junior champion in 2017, added: “After the first game, we relaxed and focused more on playing our game and not about the result. Jung was really aggressive in the second and third and forced the Japanese players into a lot of mistakes.”

They now play All England and China Open champions Chen Qing Chen and Jia Yi Fan in the final.

The Chinese pair have been in the wars this week with Jia revealing post-match she had taken a blow to the knee at 7-7 in the third and Chen was nursing the flu.

“It was a really tough match particularly with my partner Chen being sick. I was also hit on the side of the knee but I should be ok.

“So yes, there were some difficulties throughout but we were able to fight and we are quite proud of that.”

Highlights | 🇨🇳 Chen and Jia get knocked down but get back up again to clinch the final game 🏸#HSBCBWFbadminton #HSBCRaceToGuangzhou pic.twitter.com/aLNXnsCsrk

Chen and Jia dropped the first game against Yuki Fukushima and Sayaka Hirota 18-21 but rebounded to claim the next two 21-17 21-18.

Chen said after that they were quite pleased to get the win against an opponent they have a lot of respect for.

“We are really good pals. They have fantastic overall abilities evenly distributed across the court.

“We admire them and we want to learn from them. Today we took it one point at a time and we are so happy to get the win,” she said.

In men’s doubles, the Minions and the Daddies will be squaring off in their fifth World Tour final of 2019 with Marcus Fernaldi Gideon and Kevin Sanjaya Sukamuljo currently leading the count 4-0.

The great debate will be as to whether Mohammad Ahsan and Hendra Setiawan can finally end their losing streak against their countrymen dating back to February 2018.

Highlights | Straight games en route to the final, Gideon and Sukamuljo 🇮🇩 turn up the heat against Lu and Yang 🏸#HSBCBWFbadminton #HSBCRaceToGuangzhou pic.twitter.com/aAcpy6PXMk