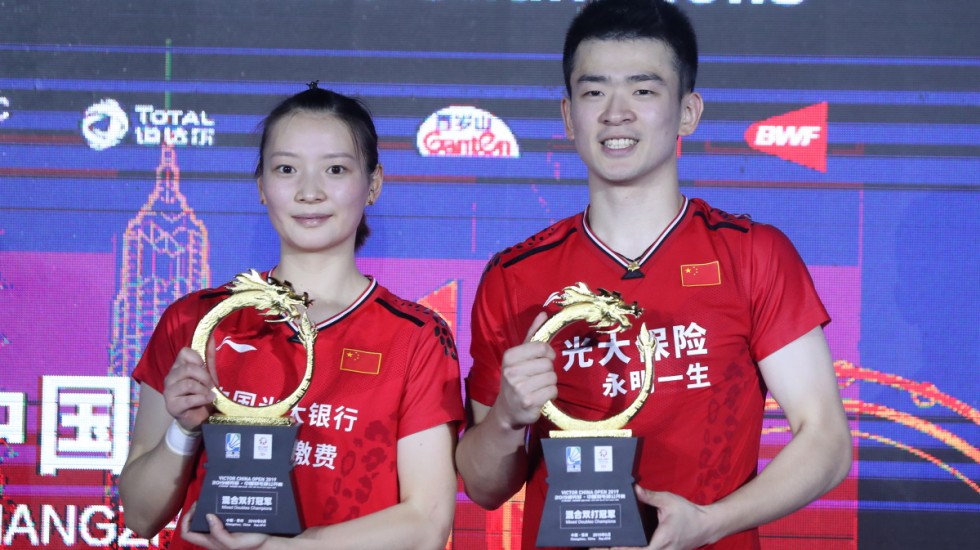 A third straight Super 1000 title for Zheng Si Wei and Huang Ya Qiong.

This was their sixth title of the year from six finals, and 18th overall. Their three Super 1000 titles in a calendar year – the first such achievement on the HSBC BWF World Tour – now presents a new frontier for other players and pairs who wish to join their elite company.

Wang Yi Lyu and Huang Dong Ping, one of the few pairs to have beaten the world No.1 duo in a final – which they did at the HSBC BWF World Tour Finals last December – held their ground in the first two games before being overwhelmed in the third.

Ya Qiong had uncharacteristically made a number of errors in interception in the second game, and another mistimed shot gave the challengers game point at 20-11, which they soon converted.

“At the World Championships they were very effective in pushing us to the baseline and from side to side. We were always on the back foot. But today we took the initiative to attack and put pressure on them first, which lessened the pressure on us,” said Huang Dong Ping later.

The defending champions simply shrugged off that phase and stepped up a gear in the decider. Zheng was once again an unstoppable force at the back, while Ya Qiong was back to her best at the front, getting the better of the softer exchanges against her opposite number. Given the pressure they had to fend off, their challengers faltered even on the rare occasion that the shuttle was up for the routine kill.

“We managed to execute our pre-match game plan, but unfortunately we did it a bit too late.  We won the second game rather easily, but made a bad start in the third. They upped the speed, we couldn’t follow their rhythm and that’s how we lost,” rued Wang Yi Lyu.

“Of course we are happy to have won, we didn’t expect to win all Super 1000 titles this year, so we are extremely happy,” said Huang Ya Qiong.

“I made a few errors in the second game. I lost a few points at the net, points that I should have won. I made adjustments in the third game.”

Her partner contemplated that they could have played much better than they did.

“I don’t think we performed exceptionally well, our opponents managed to put us in some tough situations. We made a few unforced errors as well, so I think we can play much better,” said Zheng.