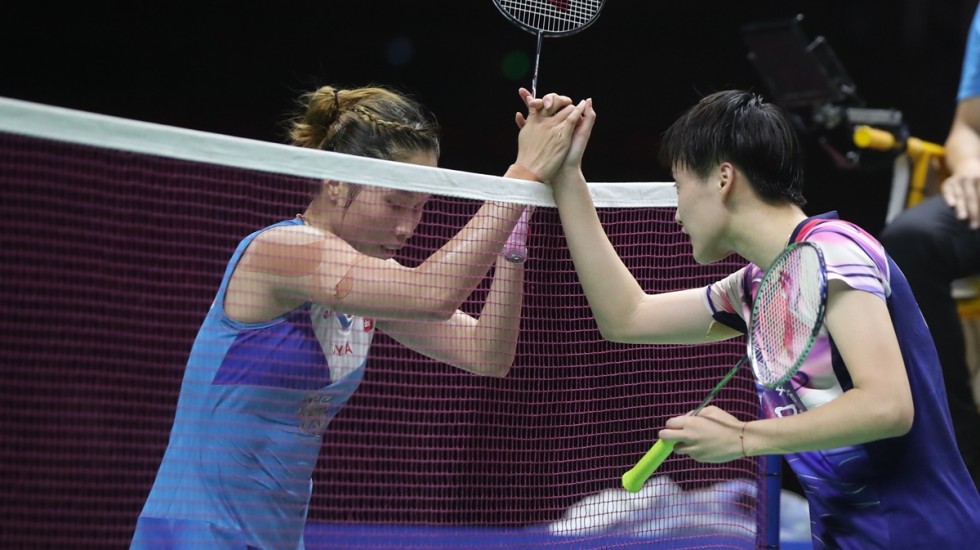 It took just one woman to dash the hopes of Thailand’s badminton fans as China’s Chen Yu Fei defeated Ratchanok Intanon 22-20 21-18 in the women’s singles final of the TOYOTA Thailand Open 2019.

Intanon, the winner here in 2017 and currently ranked No. 7 in the world, said: “I’m not unhappy. Chen performed really well and she was not easy to defeat. She was so calm. I think I did my best but I had some unforced errors. I tried to speed up and push myself but I could not take control.”

All England 2019 champion Chen, who has defeated Intanon nine times out of their 11 matches, has been playing consistently high-level badminton these past few weeks and has not dropped a game in this tournament.

“After three back-to-back tournaments, I’m not at my fittest. I’m tired and need to recover, then train and raise my performance again before the World Championships,” said Chen.

“In the second game, Angus pushed me and moved me around the court and I couldn’t gain control,” said Chou.

“That’s when I decided I had to take control and do everything I can to win this so I smashed and dropped and did whatever I could,” Chou explained his winning formula.

Ng, claiming that his nerves had got the better of him in the third game, said: “My mind was a blank even if I was at match point. I just lacked the experience to think about what to do next.”

Going forward, Ng sees his participation in this tournament as a training ground to improve his form and a way to add points to qualify for Tokyo 2020.

“I give thanks to God and just want to enjoy this for now then prepare for the World Championships. I also want to share my win with my family and everyone who has supported me. Badminton is a cool game.” – Chou.