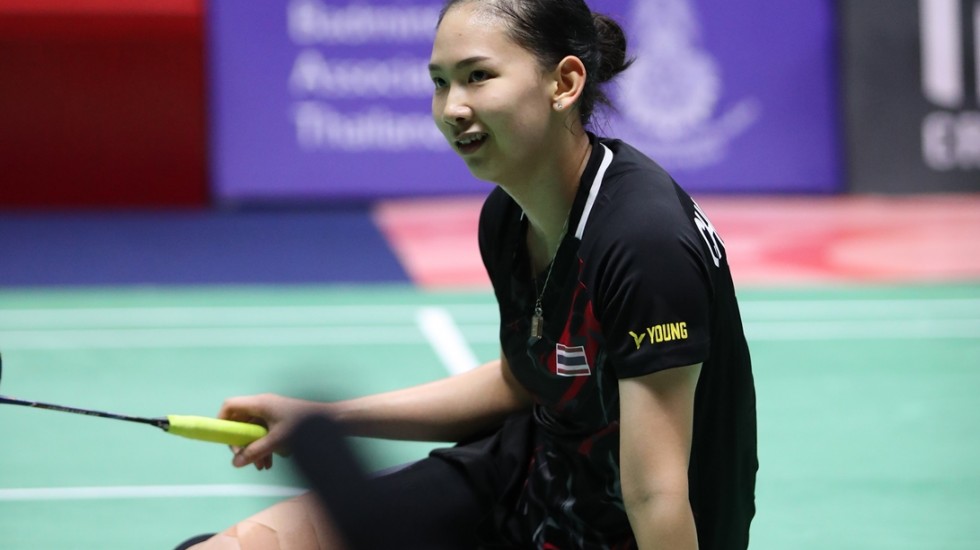 Not quite new kids on the block but Malaysia’s Lee Zii Jia and Thailand’s Pornpawee Chochuwong know that they have a long way to go before they reach the level of their idols.

Chochuwong, in her first Super 500 semifinal at the TOYOTA Thailand Open 2019, lost to countrywoman Ratchanok Intanon but it was not from lack of trying. The more-experienced world No. 7 Intanon was taken to task for 81 minutes but finished victorious 23-21 17-21 21-19.

Intanon however, gave credit where it was due. “She was in better form than me today and had better control of shuttle speed. I just was calmer and made better decisions at the important moments.”

Chochuwong grew up admiring the popular Intanon. “Everyone loves her. When I was just starting out, I too would watch her on TV and tell myself that one day I will be like her.”

Today, the hero-worship took a back seat as Chochuwong’s only aim was to win. “I tried everything to win this game but now I need to go back and train and be better. I cannot give up. There’s so much more training I have to do to be a world-class athlete like her.”

The 21-year-old Chochuwong, who is no longer a member of the Badminton Association of Thailand, explained the difficulties of being an independent athlete and relies mostly on her family to stand by her.

“When I’m on the court I represent Thailand. The Thai people support me and I’m grateful for that.”

Another first-timer in the semifinals this year, Lee Zii Jia lost to Chinese Taipei’s Chou Tien Chen in the men’s singles 21-14 22-20 but earned praise from the world No. 3 for his performance. “He has very strong smashes and is an excellent athlete,” said Chou.

Lee, however, believes his loss was due to mistakes that he could have easily avoided. “This shows that I am not yet better than him. I lack the experience he has.”

Citing Viktor Axelson of Denmark and China’s Chen Long as his idols, Lee faces the pressure of living up to the accolades of Malaysian badminton hero Datuk Lee Chong Wei.

“While I admire Chong Wei’s never-give-up attitude, I want to create my own legacy,” said the 21-year-old.

Lee believes that while skill and strength are highly-regarded attributes of an athlete, youth and inexperience are clearly the stumbling block for many.

“We, the young ones, need to learn from the older, more experienced players. That’s the only way we will get far.”