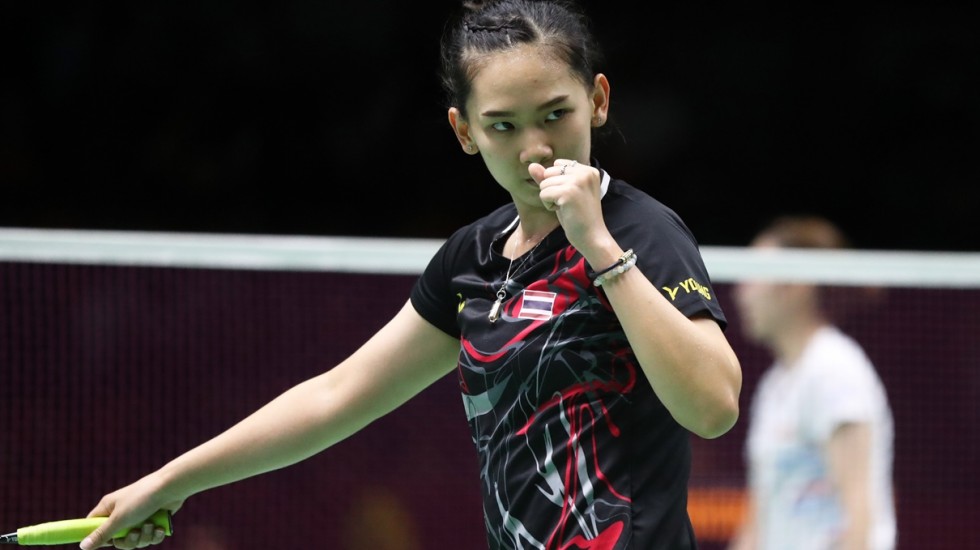 Thailand’s singles players gave their fans something to look forward to as Khosit Phetpradab and Pornpawee Chochuwong both made it to the quarterfinals of the TOYOTA Thailand Open 2019.

“I lost to her in Japan so I went into this match without any pressure on myself. Maybe I made some mistakes but I was able to take control,” said the 21-year-old Chochuwong, who will join teammate Ratchanok Intanon in the women’s singles quarterfinals on Friday.

India’s men’s doubles Satwiksairaj Rankireddy/Chirag Shetty could not have been more excited as they came off the win against sixth seeds and world number seven Fajar Alfian/Muhammad Rian Ardianto, 21-17 21-19.

“When we played them in the India Open last year, it was a close match and we messed it up. This time we were calm and confident. The last few points we both served and received well. They tried to keep the shuttle low but ended up lifting it so we attacked at the net,” said Shetty.

Long rallies and loud screams turned the crowd’s attention to the women’s doubles match between France’s Lea Palermo and Delphine Delrue and Indonesians Greysia Polii and Apriyani Rahayu. After 50 minutes, and being held point for point, the Indonesians proved superior, taking the game 22-20 21-19.

“It was frustrating. It’s almost like we handed them the match,” said Palermo.

Delrue added, “When we took the five-point lead we should have had better control but then the game got faster and we felt under pressure. I guess we’ll just have to do better next time at the World Championships.”

Polii and Rahayu were definitely in control, working together to take advantage of the gaps in the French pair’s game. “They played well but we were able to control the game. It was important to find a balance between being pressured and knowing when to relax and face them because when they took the lead they looked confident,” said Polii.

“I know people are expecting me to replace Datuk Lee Chong Wei. I am slowly adapting to that pressure and I try not to let that get in the way of my efforts. I am me and I want to make my own story.” – Lee Zii Jia on Malaysia seeing him as the next Lee Chong Wei. Zii Jia booked his quarterfinal spot by defeating Tommy Sugiarto of Indonesia 21-14 12-21 21-8

In the men’s singles, Kanta Tsuneyama endured another long match, this time 67 minutes to overcome Thailand’s Sitthikom Thammasin 18-21 21-11 21-12 and set up a quarterfinal against Sai Praneeth B of India.