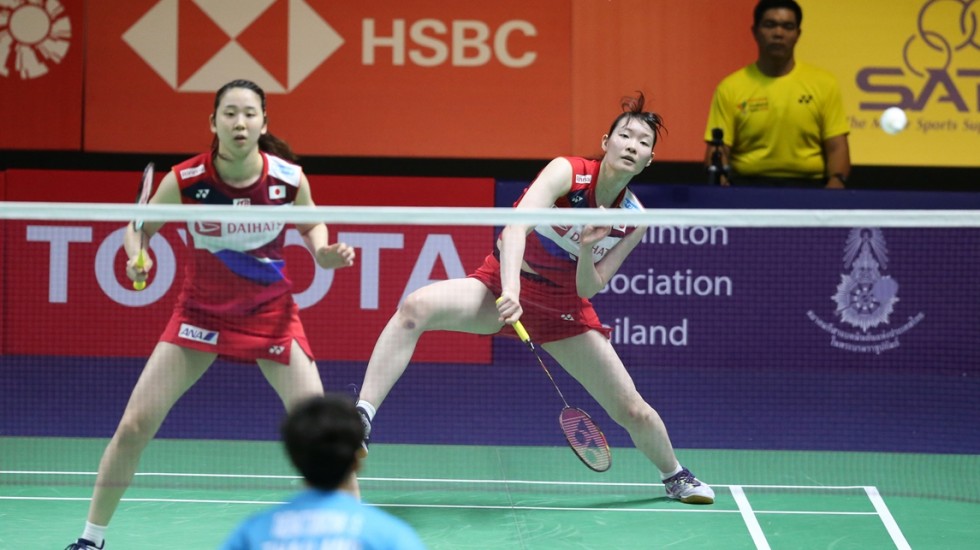 It's on to the next round for Matsumoto and Nagahara

The first 10 points in the second game were closely-fought but the Thai pair, fired up by home fan support maintained a steady lead and won.

Long rallies and well-placed shots by the Japanese in the third game, however, proved too challenging for the Thais and Supajirakul/Sapsiree Taerattanachai succumbed quickly.

“I don’t feel any pressure from my family to perform. The only thing my father has always told me since the day I chose to play badminton at the age of nine, is that I better make sure I play it well,” – Jauza Fadhila Sugiarto, daughter of former Indonesian world champion Icuk and sister of men’s singles player Tommy.

Indonesia’s Sony Dwi Kuncoro defeated Asia Junior Champion 2019 Kunlavut Vitidsarn of Thailand 21-19 21-11 and later China’s Sun Fei Xiang 21-11 22-20 in the men’s singles qualifying round of the TOYOTA Thailand Open 2019 to set up a round two meeting with Kenta Nishimoto of Japan.

In late news, men’s singles world No.1 and top seed Kento Momota, fresh off his victory in Japan last week, has withdrawn from his first-round encounter against India’s Subhankar Dey with a left thigh muscle strain.