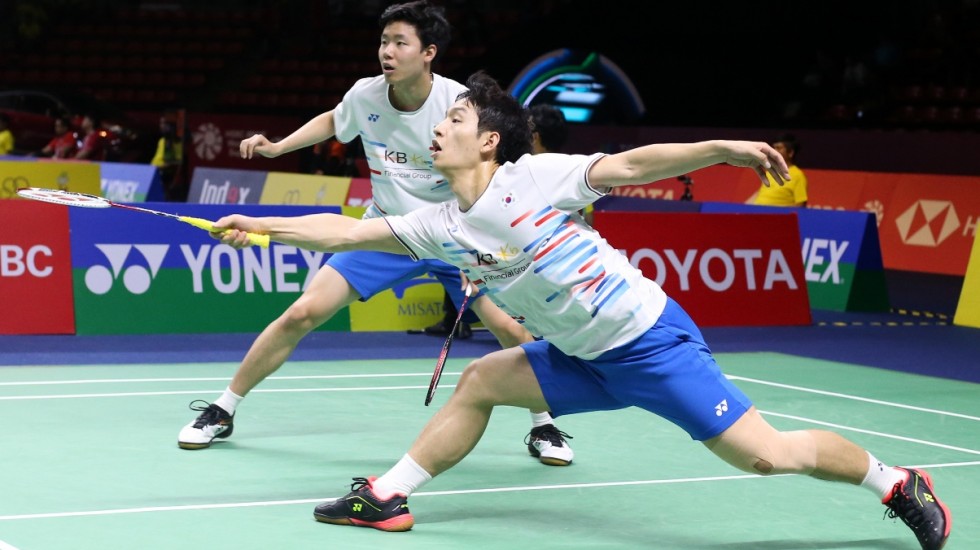 “I think our attacking was good today and in particular, we tried to push shuttles to the mid-court and that allowed us to get behind and over the shuttles and keep attacking shots going down.

“I think that’s how we were able to put on pressure and I got a lot of chances to attack from the left side so I think that contributed to our win,” said Seo, who until two years ago was a singles player until he was paired with Choi for the Sudirman Cup in 2017.

On their performance today, Choi said, “We talked about it and told ourselves we had to play with confidence and we were able to play confidently and with precision and I think that helped us to win.”

Japan’s Sonoda and Kamura are currently ranked third in the world.

Consistent participation and podium placements in the BWF World Tour events have allowed them to chalk up points for second place in the men’s singles World Tour rankings.

Choi and Seo are ranked No. 27 in the BWF World rankings and 32 in the World Tour rankings.