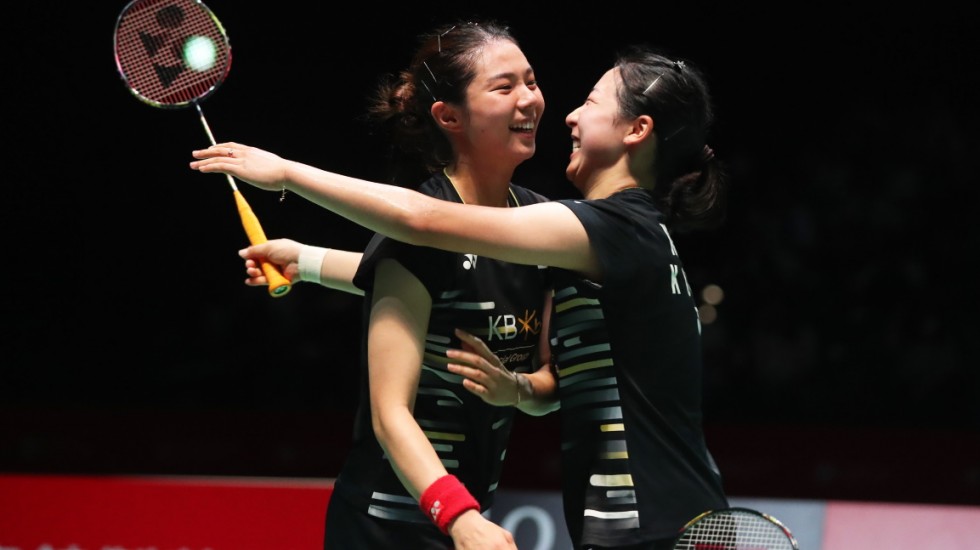 Kim So Yeong and Kong Hee Yong captured the biggest title of their career, winning the DAIHATSU YONEX Japan Open 2019 in the most brazen fashion over world champions and home favourites Mayu Matsumoto and Wakana Nagahara.

In the process, Kim and Kong became the first Koreans to win the women’s doubles at the Japan Open since 2004, when their current coach Lee Kyung Won and Ra Kyung Min took the title.

Kim and Kong’s recent form, and the manner of their entry into the final, served as a portent for what awaited their victims in the final. Mayu Matsumoto and Wakana Nagahara were blown away in 43 minutes. It was again Kim So Yeong’s all-court brilliance that helped the Koreans maintain a vice-like grip on the proceedings. Kim was as effective from the deep – smashing with sting, suddenly unveiling the drop – as she was up front, where she made sudden forays and cut off anything that was in her way.

Kong gave her sufficient support, her own heavy smashes drilling holes on the opposite court. It was a day when everything the Koreans touched turned to gold, and Matsumoto and Nagahara were helpless in the wake of their surge to victory.

“My partners have changed frequently and I wasn’t in a stable partnership earlier,” said Kim, explaining their recent success after winning their third title of the year. “Now I have a fixed partner, so there’s better communication and work on tactics. It has made it more stable for me.”

“Becoming champions gives us confidence, we would also like to win the Thailand Open. We are both power players, and we try to be aggressive.”

The win will enthuse Korea, for the DAIHATSU YONEX Japan Open was the Test Event for Tokyo 2020.

But it was a far from one-sided battle. Ahsan and Setiawan more than held their own, with Setiawan’s delectable flicks and drives frequently catching the ‘Minions’ off-guard. The ‘Daddies’ eyed a third game with two game points in the second, but Sukamuljo’s exceptional sharpness at the net denied them both times, and it was the Minions that emerged victorious, 21-18 23-21.

“The Chinese pair is very solid and are tough to beat. Melati and I tried as much as possible to penetrate their defence and provide resistance. Yet we fell into their patterns. It wasn’t easy to reach the Super 750 final; getting this far has given us confidence,” said Jordan.