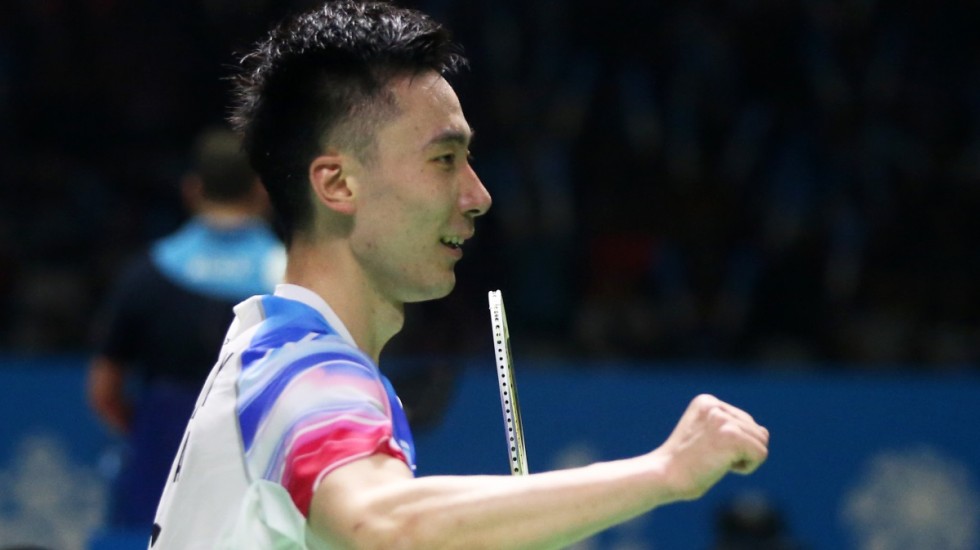 Huang Yu Xiang got the better of an erratic Kento Momota today.

Following four title wins in a row, his defeat here was his earliest since the Malaysia Masters in January, where he crashed out in the first round.

The world No.1 showed none of the authority that he usually displays against opponents ranked way below him. Huang, ranked No.29, had his opponent in trouble early in the match, and although Momota recovered well in the second, took the chances he got to close out the match 21-16 11-21 21-18.

What will hurt Momota is his inability to capitalise on the chances he’d been gifted – a two-point lead from 16-all in the third, both soft errors from Huang.

Rather uncharacteristically, Momota returned the favour with some uncertain play of his own. An error at the net gave Huang the vital lead at 19-18; Momota made things worse for himself on the next point by completely missing a shuttle directed at him.

“My opponent’s stamina was better than mine,” said Momota, who looked crestfallen. “I made a lot of mistakes. I couldn’t get my focus right for this game. I feel bad I couldn’t defend my title. I want to put this behind and do better next week at home, at the Japan Open.”

Huang’s victory was a dramatic turnaround after his last three tournaments, all of which he lost in the first round. He will now look to match his performance from the India Open, where he made the semifinals.

“I played with what I have. I feel quite normal after beating him. But this win will make me a bit nervous because I might get more ambitious. I might have to adjust my expectations,” said the winner.