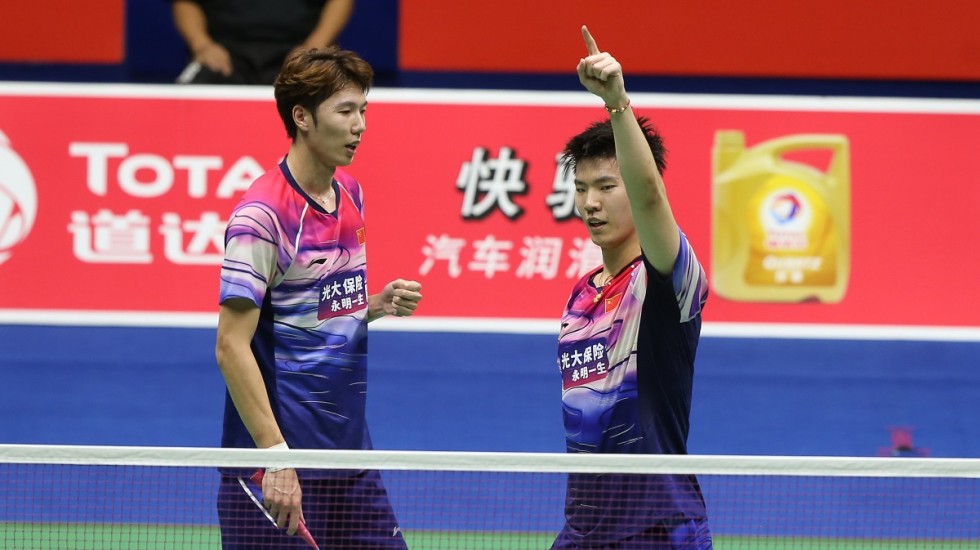 The world champions are world beaters at the moment.

There’s no rest for the elite doubles combinations with a standout entry list for the CROWN GROUP Australian Open 2019 next week.

A number of pairings are backing up from the TOTAL BWF Sudirman Cup 2019 – either seeking redemption from a sub-par showing in Nanning or out to continue their red-hot form.

This was a major weakness for Japan last week in Nanning with neither combination of Takeshi Kamura/Keigo Sonoda or Hiroyuki Endo/Yuta Watanabe able to perform at their best.

Between them they won just two matches from five ties.

Kamura and Sonoda lost in the semifinals to Marcus Fernaldi Gideon/Kevin Sanjaya Sukamuljo, while Endo and Watanabe struggled against Russia’s Vladimir Ivanov/Ivan Sozonov on Day 2 and were comprehensively beaten by Li Junhui/Liu Yuchen in the final.

The former are top seeds in Sydney and are hoping to add to the Singapore Open title they won in April.

While they comfortably defeated the Thai pair of Kittinupong Kedren/Nipitphon Phuangphuapet in Group 1A action in Nanning, they faced considerable problems against young Malaysian duo of Ong Yew Sin/Teo Ee Yi and were pushed to a 13-21 26-24 23-1 quarterfinal result.

Endo and Watanabe are the No. 5 seeds in Sydney but have the tougher draw with the second-seeded Li/Liu (world champions) and third seeds Mohammad Ahsan/Hendra Setiawan (All England Open champions) standing in their way.

Li/Liu looked unstoppable in China and enter the Australian Open full of confidence.

“This is for sure an assurance for us. We had to overcome different difficulties in our matches and this has definitely improved our ability to adapt in big match situations,” said Liu after the Sudirman Cup win.

It’s a hot women’s doubles field with the top eight world-ranked pairs all in Sydney.

They have just the one title to their name in 2019 but have won through to three finals and lead the HSBC BWF Race To Guangzhou standings.

China’s victorious Sudirman Cup combination of Chen Qingchen/Jia Yifan actually had a quiet week in Nanning – not being required in the quarterfinals, semifinals and final, such was the strength of the dominant China team.

The third seeds in Sydney are the form pair of 2019 having claimed the All England Open, Malaysia Open, and Badminton Asia Championships.

A potential danger is the unseeded Koreans Kim So Yeong/Kong Hee Yong who have surprised this year winning the Spain Masters and New Zealand Open as well as making the final at the Indonesia Masters and in Singapore.

The mixed doubles is also loaded with big names as world No.2 pair Wang Yilyu/Huang Dongping and world No. 3 combination Yuta Watanabe/Arisa Higashino are both in action.

Wang and Huang had just the one match in Nanning – a straight-games victory over India’s Pranaav Jerry Chopra/Reddy N. Sikki.

Watanabe and Higashino also played just the one group match and were not required through the knockout phase.

Higashino was under an injury cloud heading into Nanning after picking up an ankle injury at the Badminton Asia Championships, but should in peak condition after that quiet week at the Sudirman Cup.